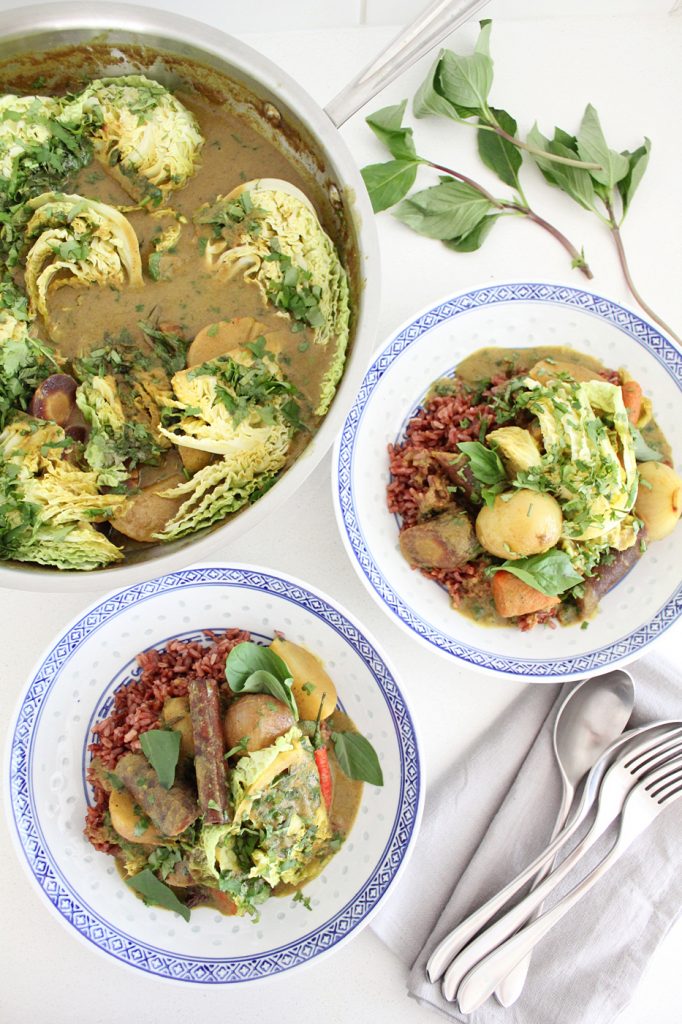 I still don’t know how we got this lucky, but the first time I tried Massaman curry was in Thailand, on a beach, made especially for us by a Thai woman who was too modest to call herself a Chef but too passionate not to offer to cook for us once we started talking about food. 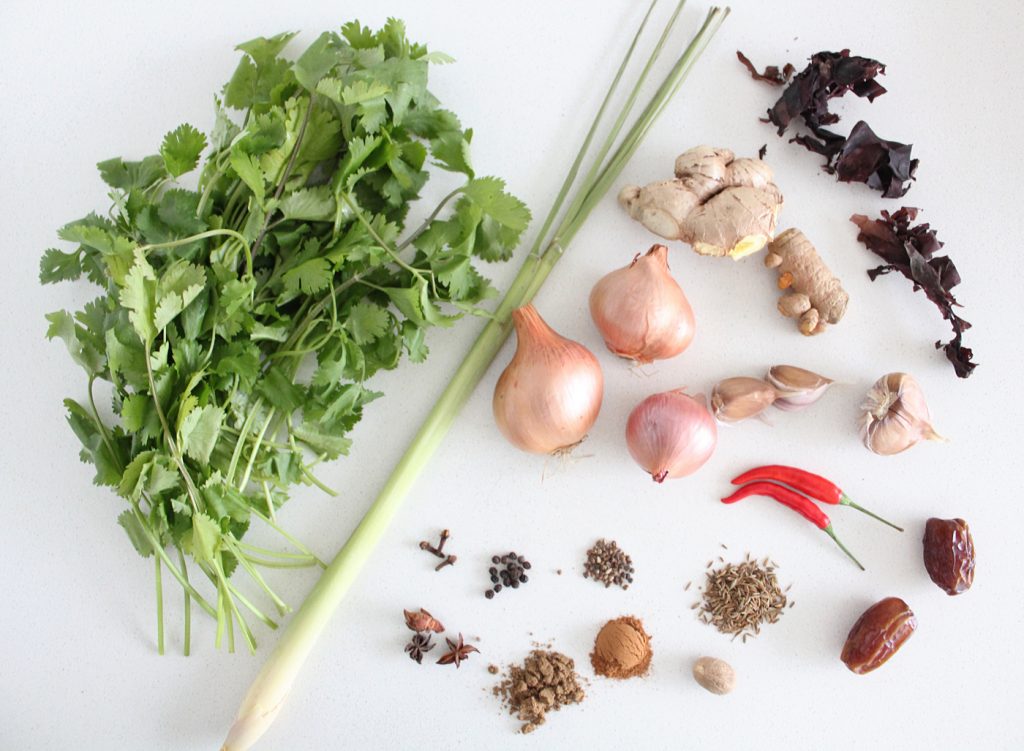 We had been frequenting her tiny bar that had only three tables setup on the beach, every night around sunset. Slowly we got to know her and her husband and learned that they had just given up their restaurant in another part of the country and were running this tiny bar until they could figure out where to open up a new one. 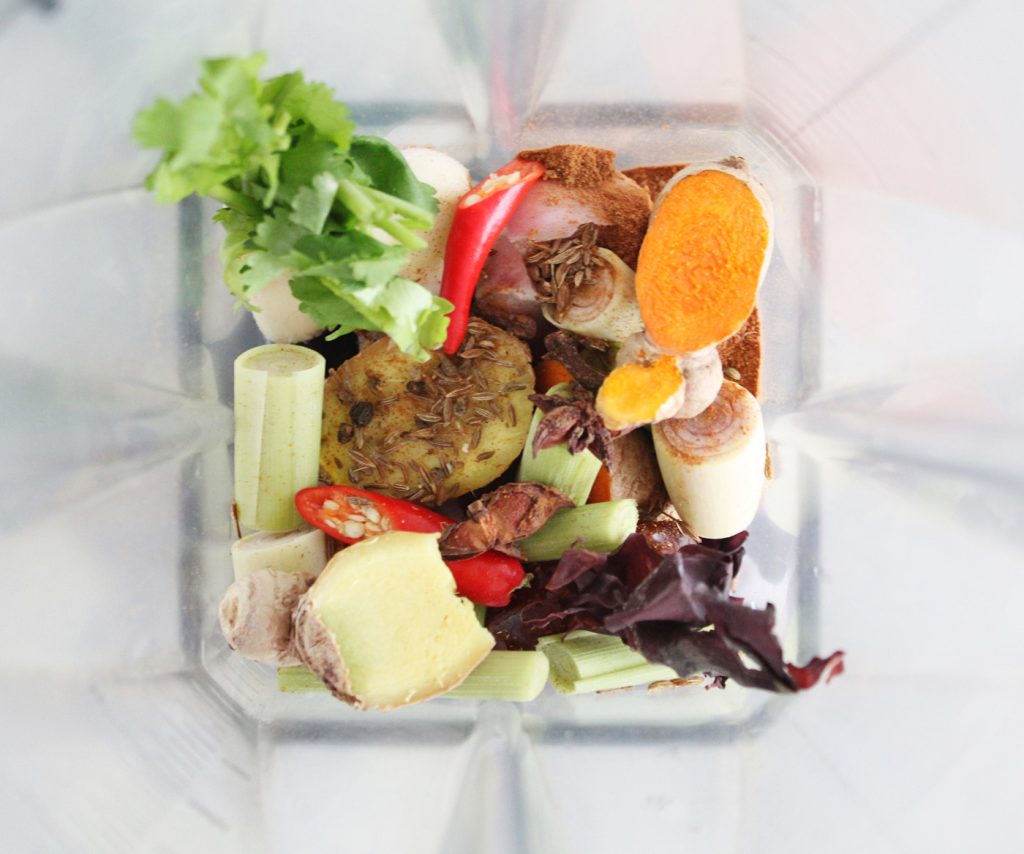 Her husband was very proud and said that his wife was the best cook he’d ever met and that it was a hard transition for her to go from cooking every night to not cooking at all. When she offered to make for us her specialty, Massaman curry, on our very last night, we obviously said an enthusiastic ‘yes please!’ 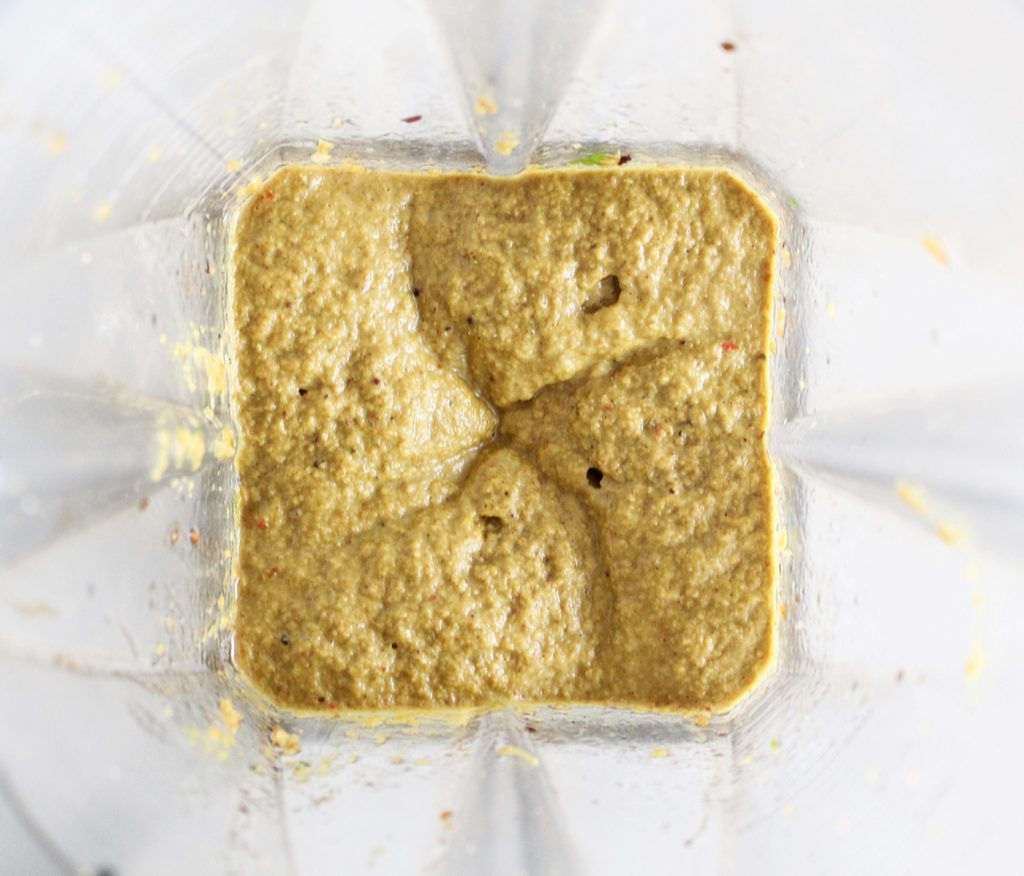 I had seen Massaman curry on menus, but hadn’t paid it much attention before this point. This is kind of lame, but one of the reasons I had overlooked it was because the main vegetable always seemed to be potatoes. 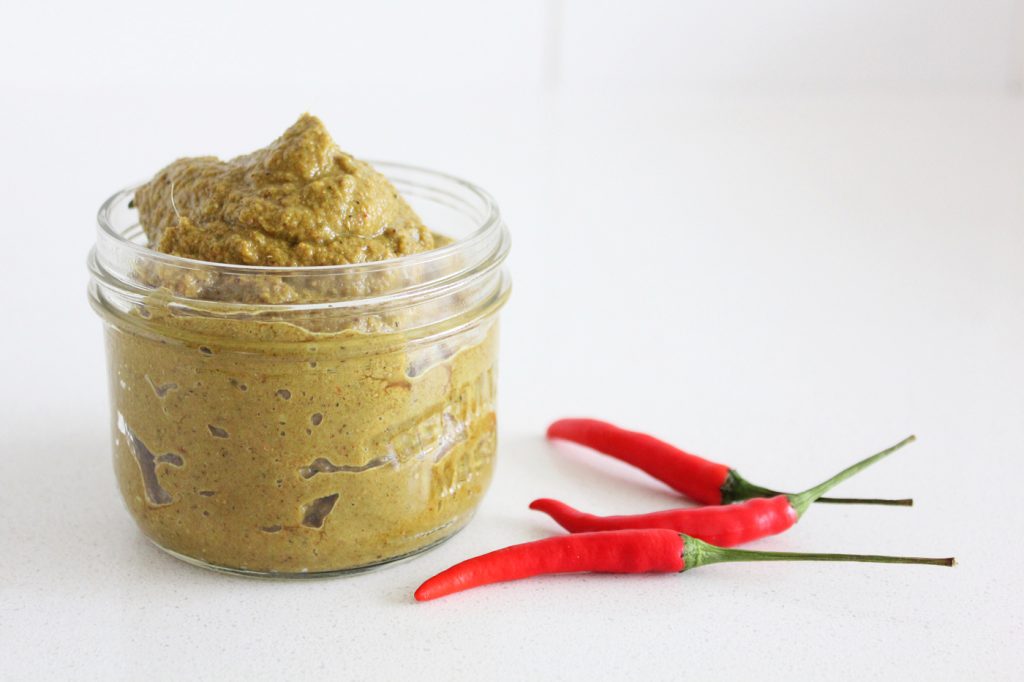 I’ve mentioned this before, but love potatoes, they’re my desert island food (assuming there would be coconuts, pineapples and papayas growing there too) but in Thailand, when there are so many fun foreign foods to try and most of your time is spent in a bathing suit, relaxing and sweating, potatoes lose some of their appeal. 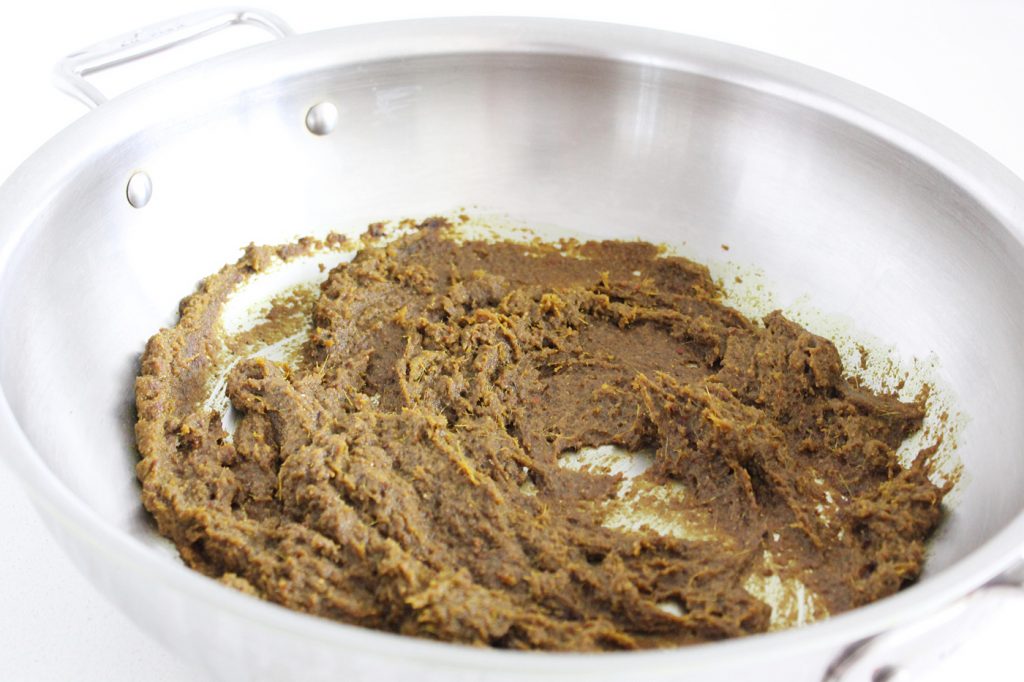 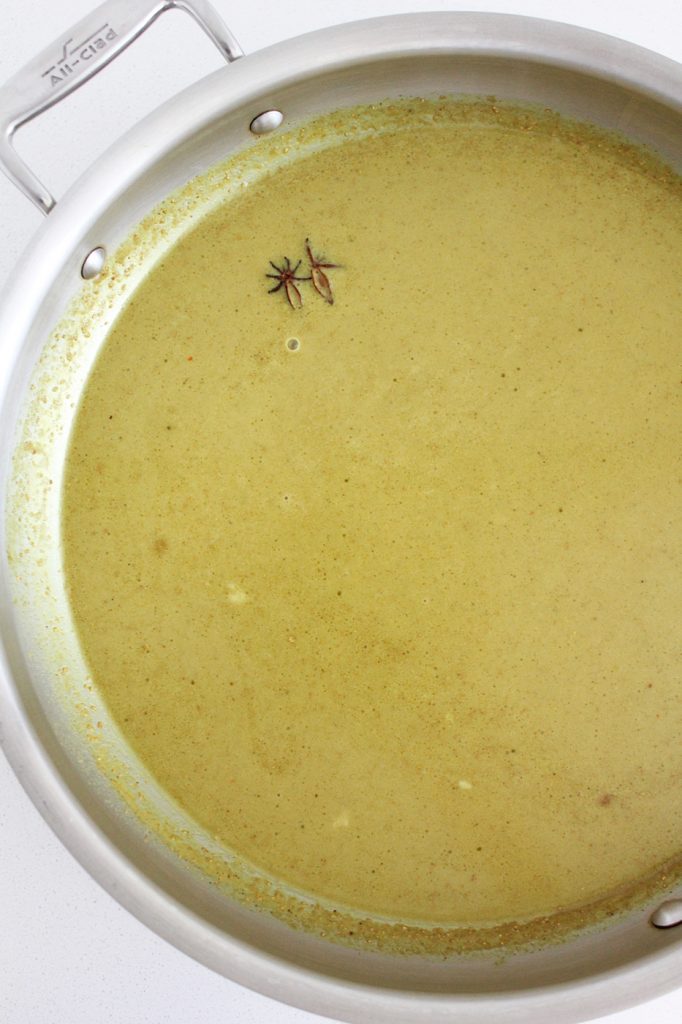 Massaman curry was the perfect food inspo to bring back home to Canada though. Considering the warming nature of the dish, it is naturally set up for cooler temperatures. The root veggies (including potatoes) and warming spices (star anise, cinnamon, nutmeg, cardamom) make complete sense during a cold snap. It’s also a good way to use up the spices that only seem to get Holiday baking action. 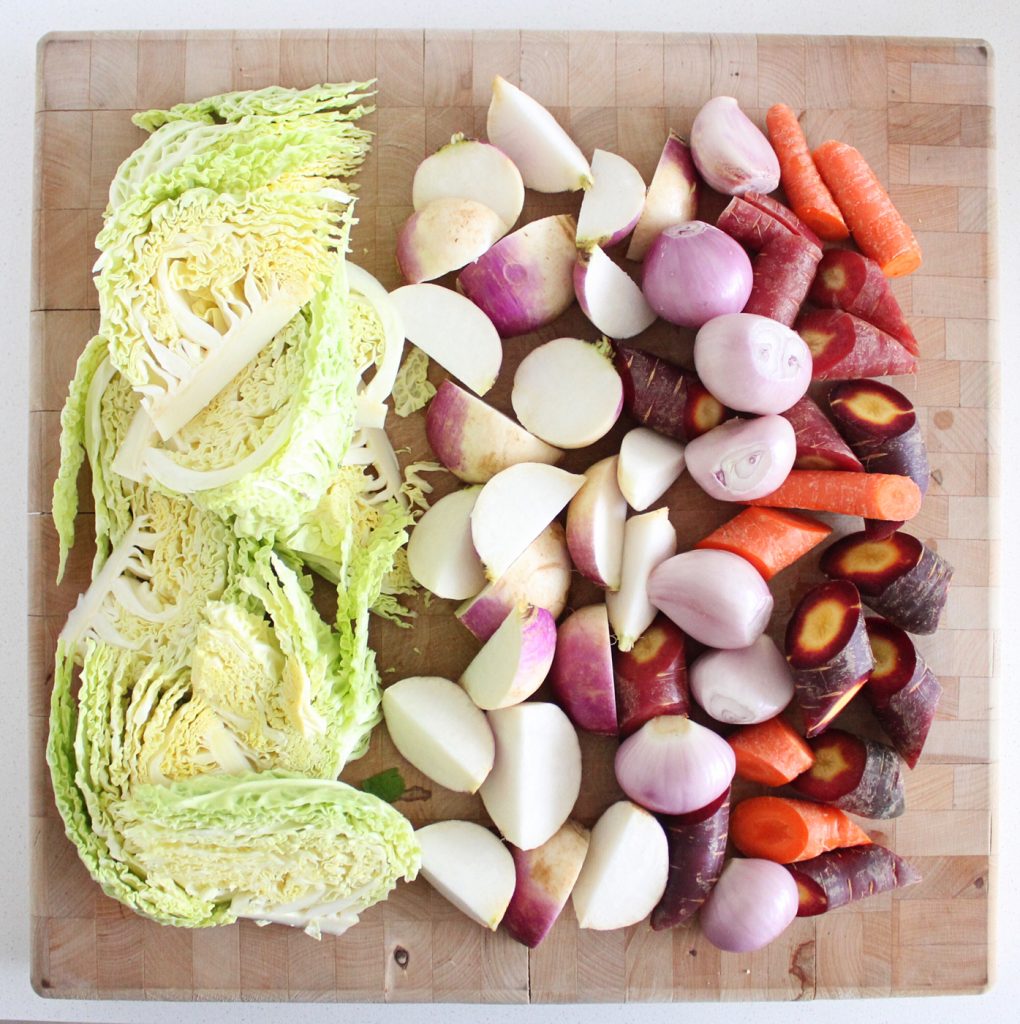 I steered away from potatoes in my version and replaced them with turnips and carrots (mostly because I’m on a strange turnip kick, and turnips are from the cruciferous family and this is a great opportunity to celebrate them). But feel free to cut them with potatoes if you want to, just be aware if that means you will pick around all of the other veggies to get to the potatoes. You know who you are. 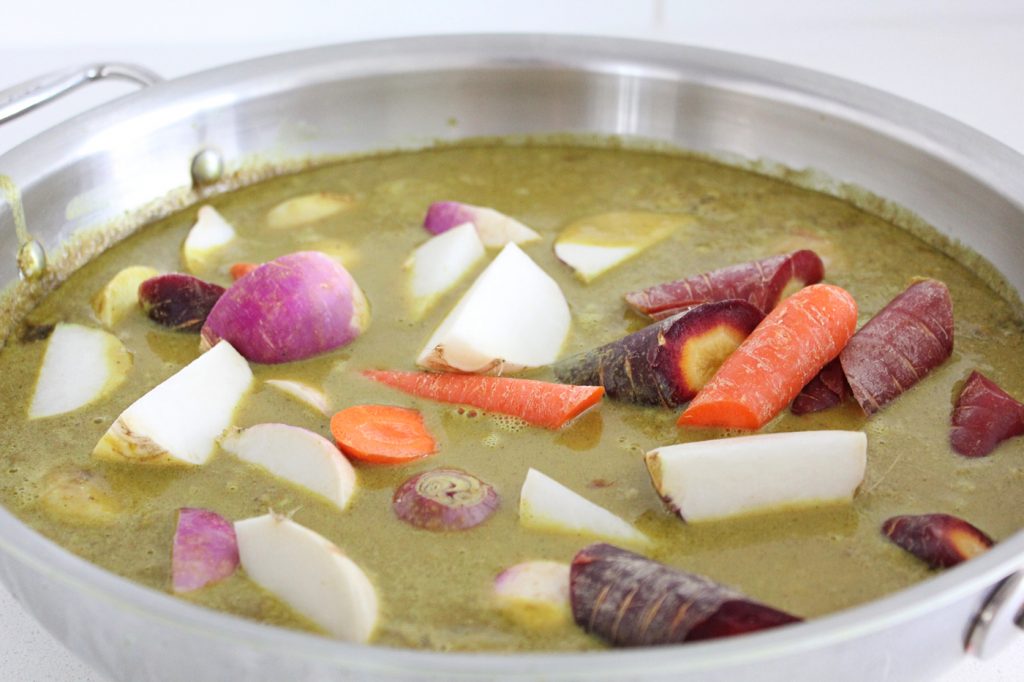 I also added savoy cabbage, another crucifer (cancer-crusher) but also beautiful and flavour-absorbant in its crinkly layers. You could make your own coconut milk if you wanted to, this Cashew/Coconut one would be rich, sweet and perfect for this dish (and super easy). We made a few other subtle adjustments too (dates instead of sugar, tamari and dulse instead of fish sauce) but nothing to throw the flavours off of their authentic path, promise. 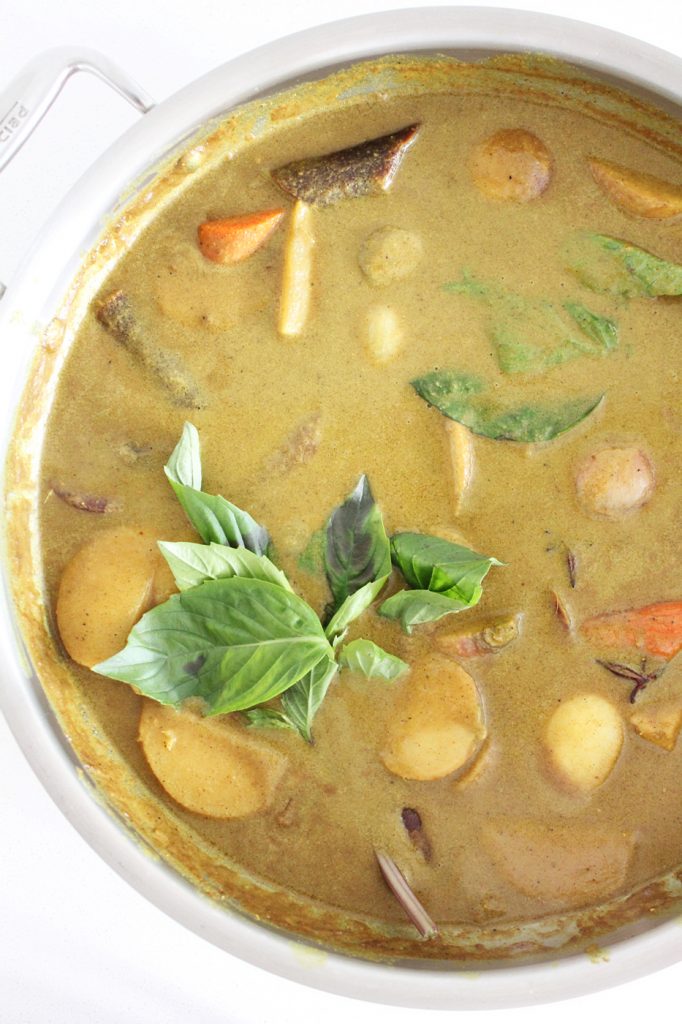 The curry paste, once made, will keep in the fridge for a week or so, but I recommend that you freeze it right away, and then there’s no pressure to use it up. You’ll then have an easy head start to a deeply flavourful, warming meal waiting for you in your freezer (you could also add a tablespoon to a soup recipe like this Carrot and Jalapeño one, to add a punch of Thailand). 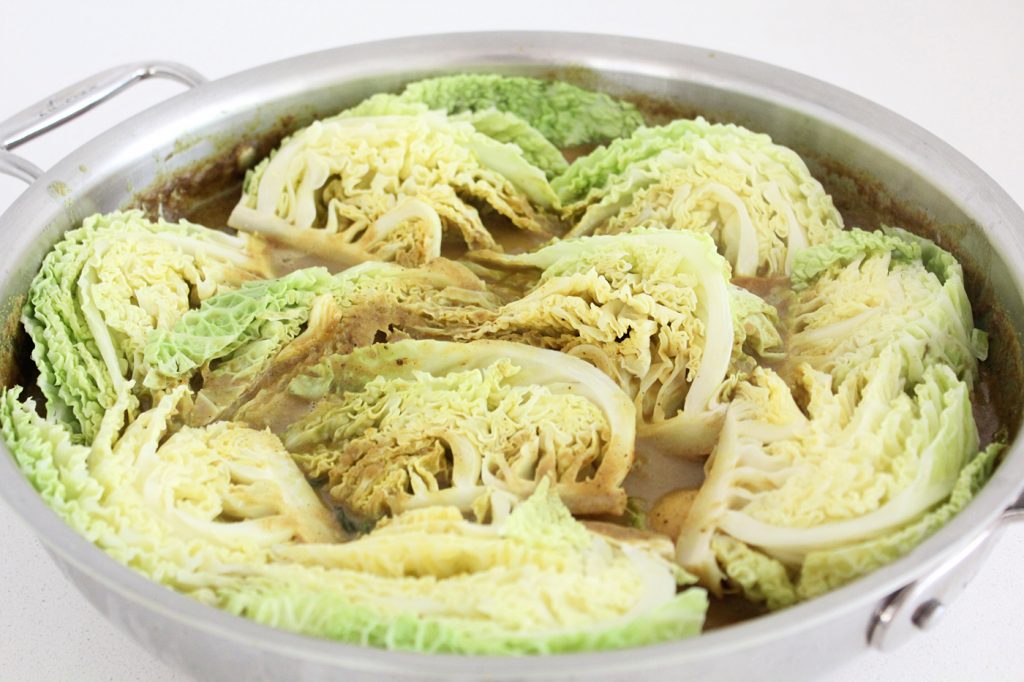 The night of this unforgettable meal, we showed up at sunset had a beer and then another and another. We could smell the rich aromas wafting over from this magical woman’s modest hot plate behind her bar. By the time it was ready the moon was high and we were just drunk enough to be really hungry, making it taste even better than we imagined. 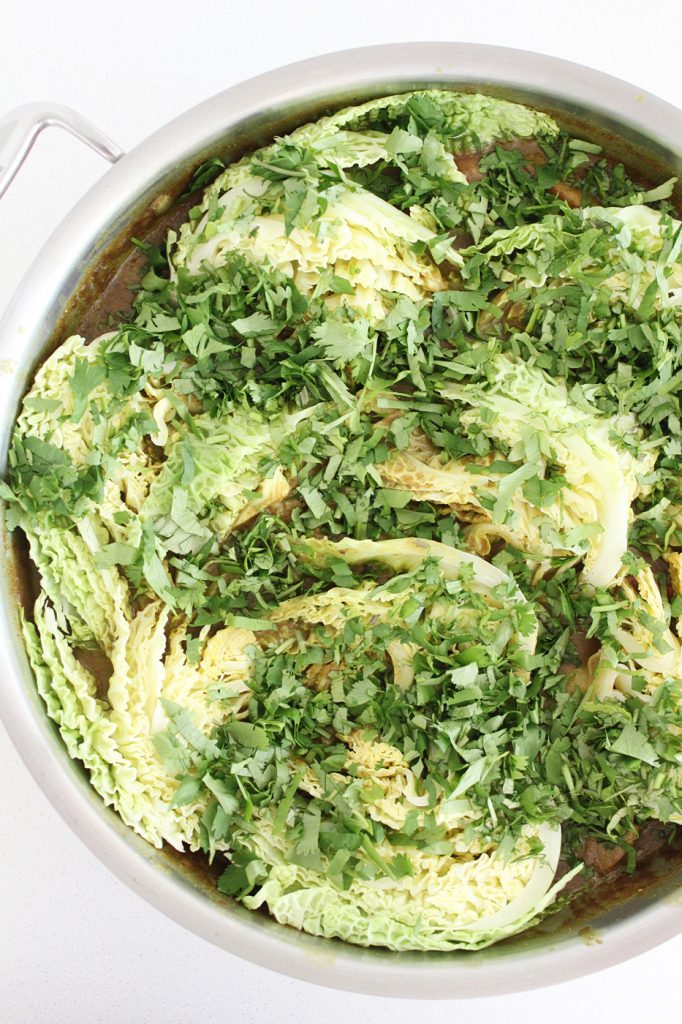 My husband and I sometimes play that game ‘if you could be anywhere in the world right now, enjoying any meal, what would it be’ (you do this too, right?) This curry on that beach has been my answer all month long. Although, from experience, I can tell you, it tastes pretty good in chilly Canada with a tall glass of kombucha, too. 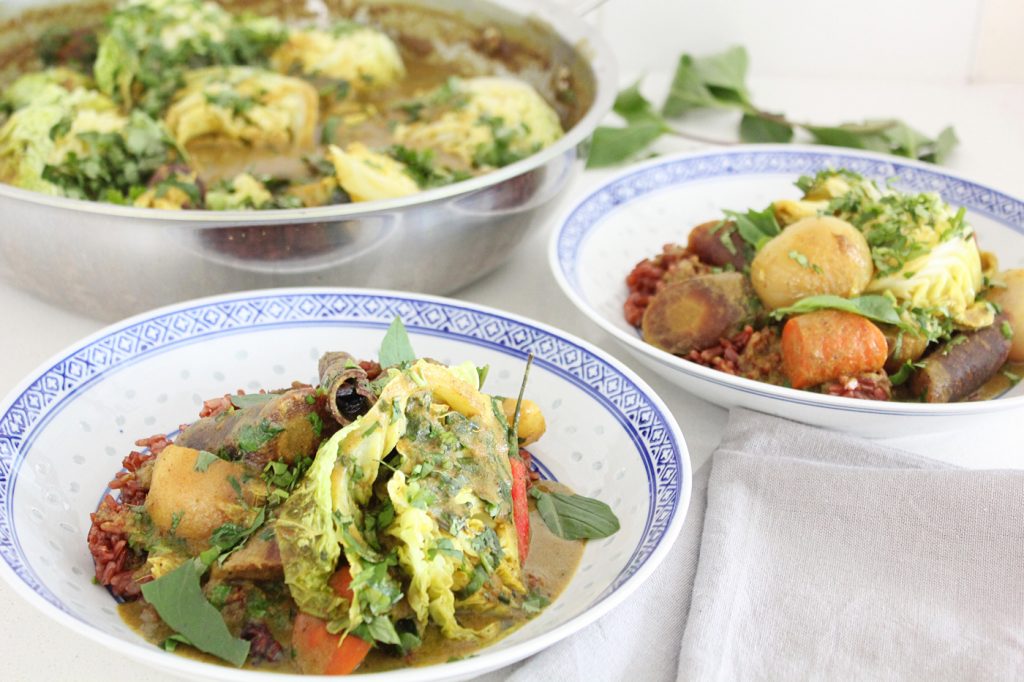