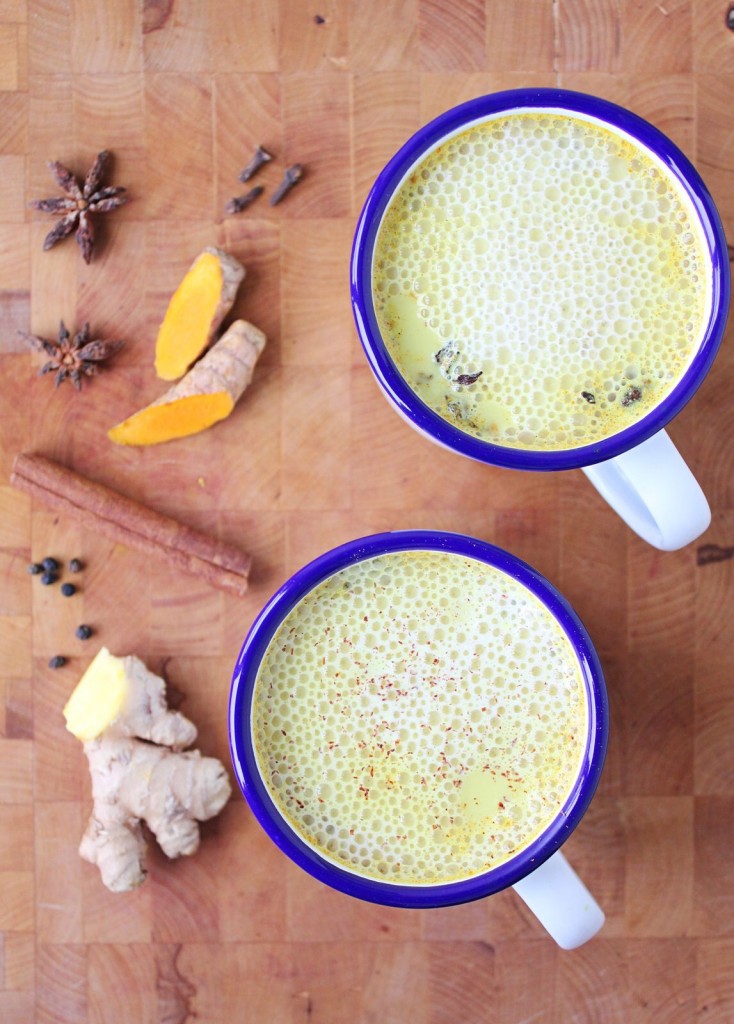 I have been trying to get this recipe up on the blog for a really long time now. It is the picture of disease-prevention, anti-inflammation and immune support. Now that we’re in that post-holiday, new habit-creating time, it seems like the perfect time to introduce my version of the mighty, mighty ‘golden milk’. 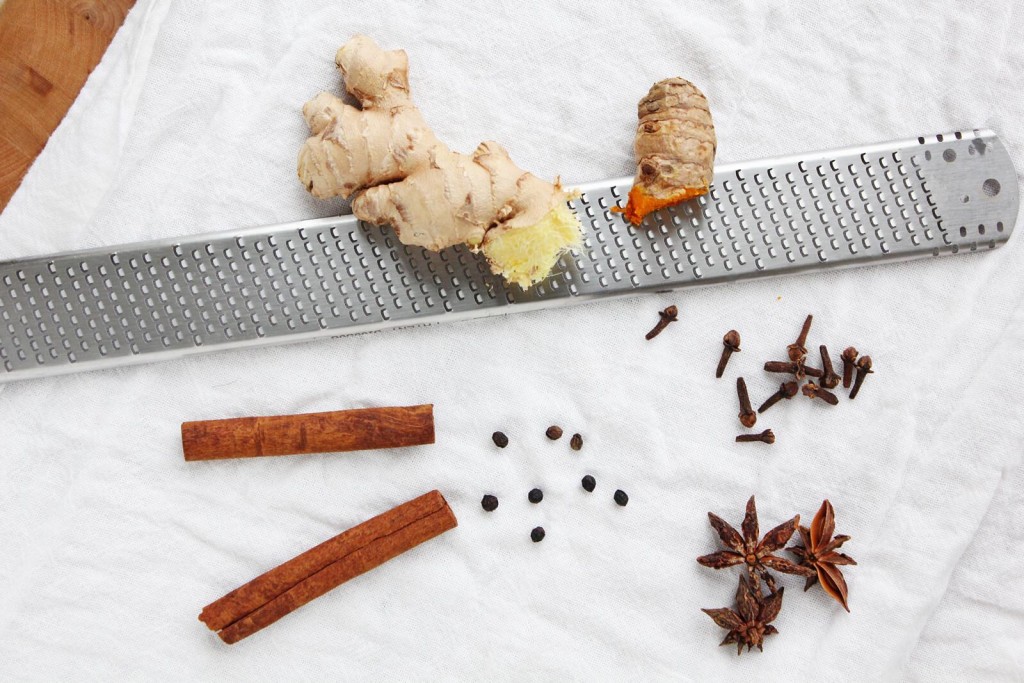 ‘Golden milk’ has been used in Ayurvedic medicine for thousands of years for conditions ranging from eczema and arthritis to cancer and heart disease. We talk about (and use) turmeric a lot on this site, golden milk’s ‘golden’ ingredient. It is one of the most studied and proven anticancer spices in terms of its ability to lower inflammation, support the liver, aid digestion and boost the immune system.

Turmeric is better absorbed into the body when consumed with fat and black pepper, the latter making it 2000% (!!!) more absorb-able. So this special tea that includes fat from the milk and ground black pepper makes a really easy turmeric habit to get into. Easier than trying to figure out where to include it in your daily recipes (although we do recommend this too, and we have Lots of turmeric-rich recipes right here, here and here, obvs). 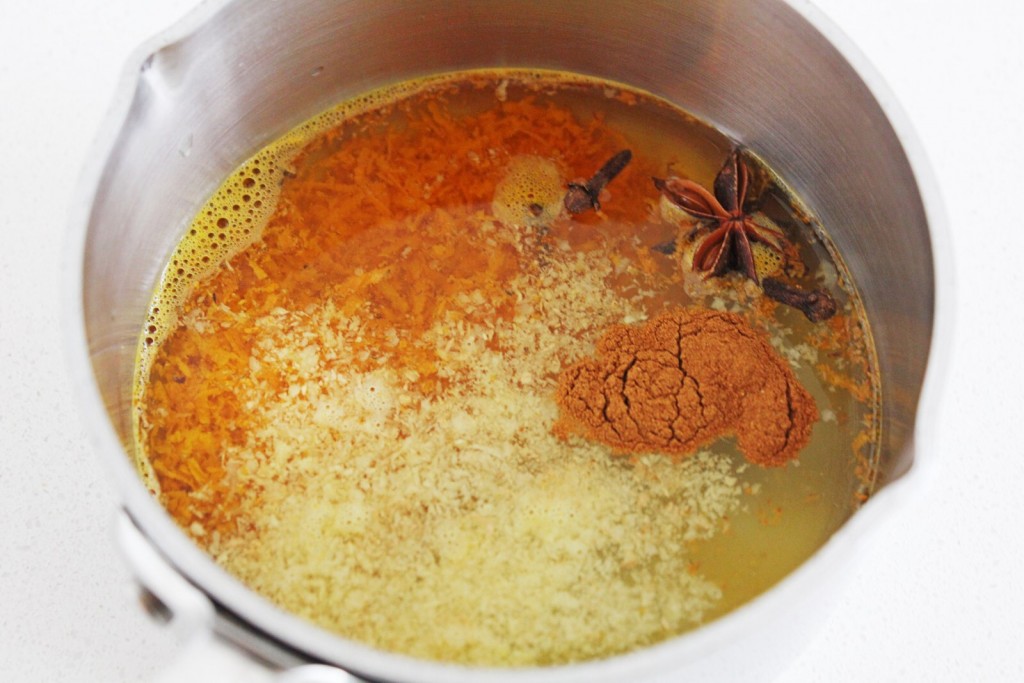 Our golden milk is a little bit different. We use homemade nut milk (almond and Brazils for calcium and selenium), although any nut/seed/coconut milk will do, the fat is the important part. All you would have to do for the old fashioned benefits is warm it up with turmeric and black pepper and you’ll be doing your body a big post-holiday favour.

We wanted it to be a bit more interesting though, and see golden milk as an opportunity for more warming spices and flavour. We added ginger (turmeric’s beloved liver-supporting cousin), cinnamon (blood sugar stabilizing and because cinnamon buns), cloves (digestive aid and anti-nausea) and star anise (digestive aid and anti-fungal). You could also add a spoonful of our homemade pumpkin spice blend (with extra turmeric) for a sassy pumpkin spice version. 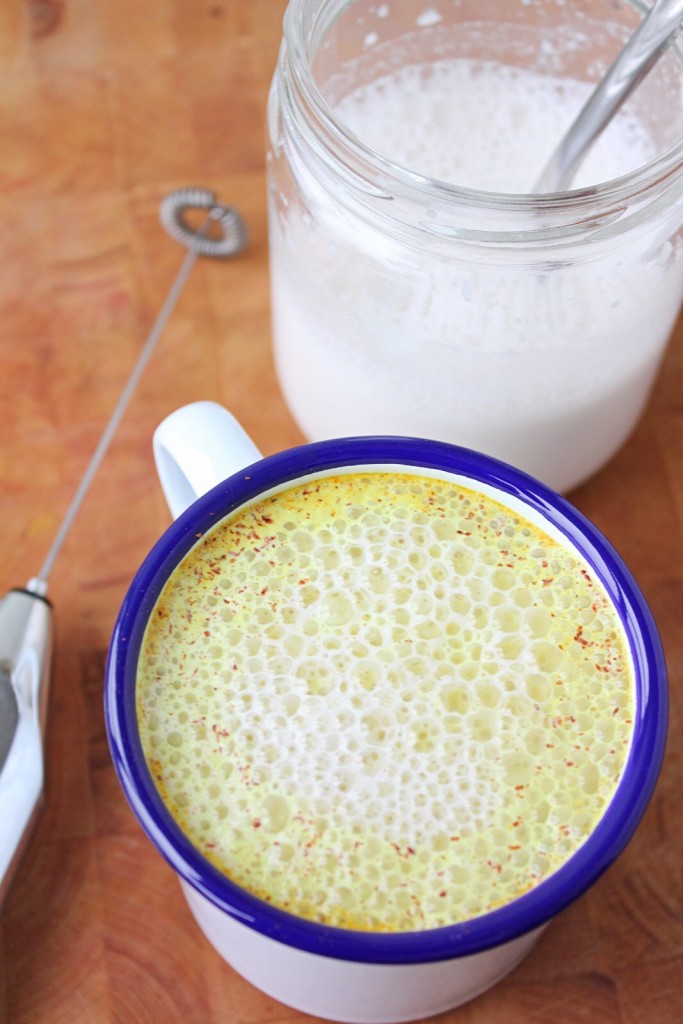 An optional move to take this to the next level is to add some green tea in the steeping stage. If caffeine isn’t your friend (or if it’s night time), use a rooibos tea instead. The tea will adds an extra level of antioxidants.

I drink (and love) black coffee but I try not to drink it every day (I don’t like the idea of being addicted to it and that ‘I own you’ coffee headache sucks). I hadn’t yet found anything that really scratched that coffee itch in the morning. This golden milk totally makes me forget about the coffee that I’m not drinking. It tastes awesome, it counts as breakfast #1, and your body is going to give you an internal high 5 for all of the good stuff you are giving it. It also works well as an afternoon or evening snack. It is one of the simplest and healthiest habits you can get into (I promise you it tastes delicious) go soak your almonds right now! 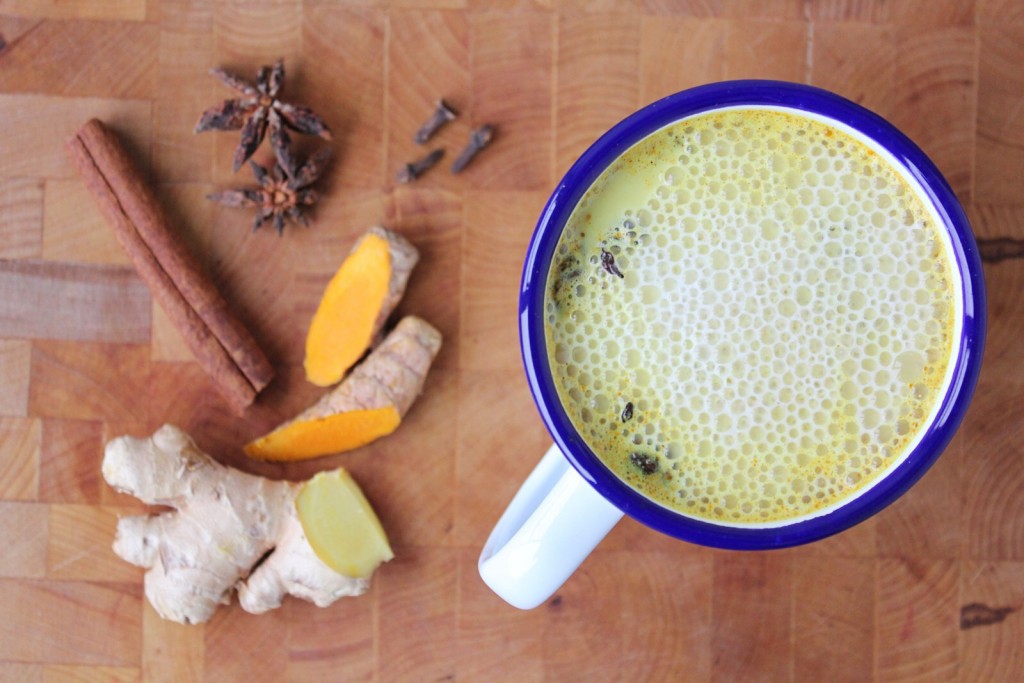