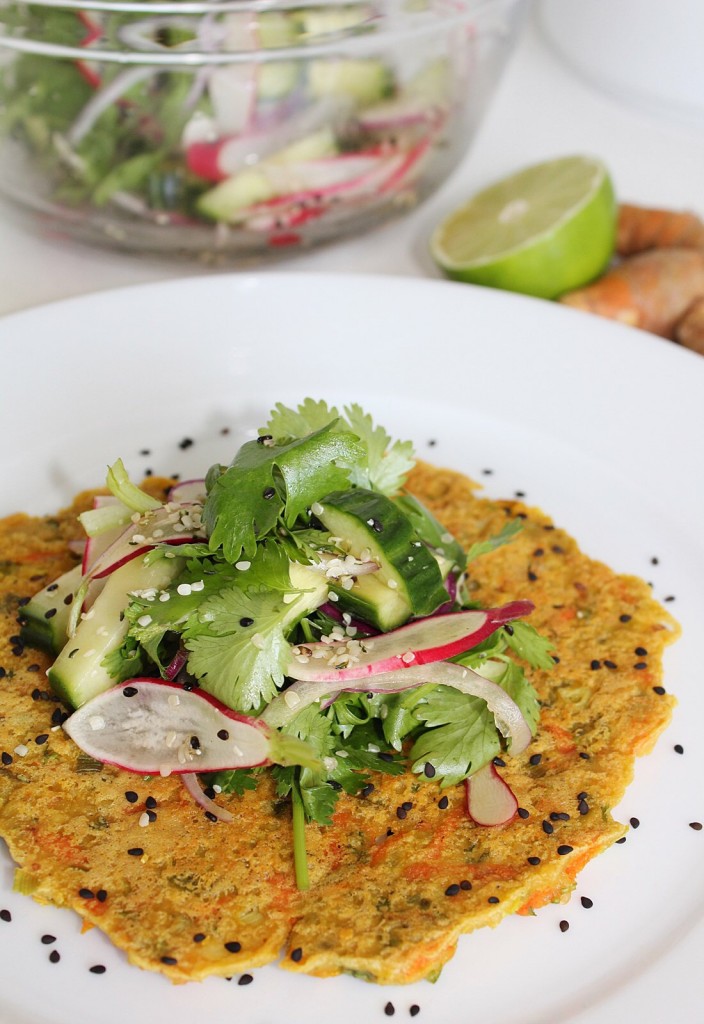 The inspiration for these pancakes comes from those Chinese green onion pancakes. If you’re like me, you might have tried them before and wondered why they tasted so good, Googled them, read their ingredients, and then decided that maybe they should fall onto the once in a while and hopefully not that often list. 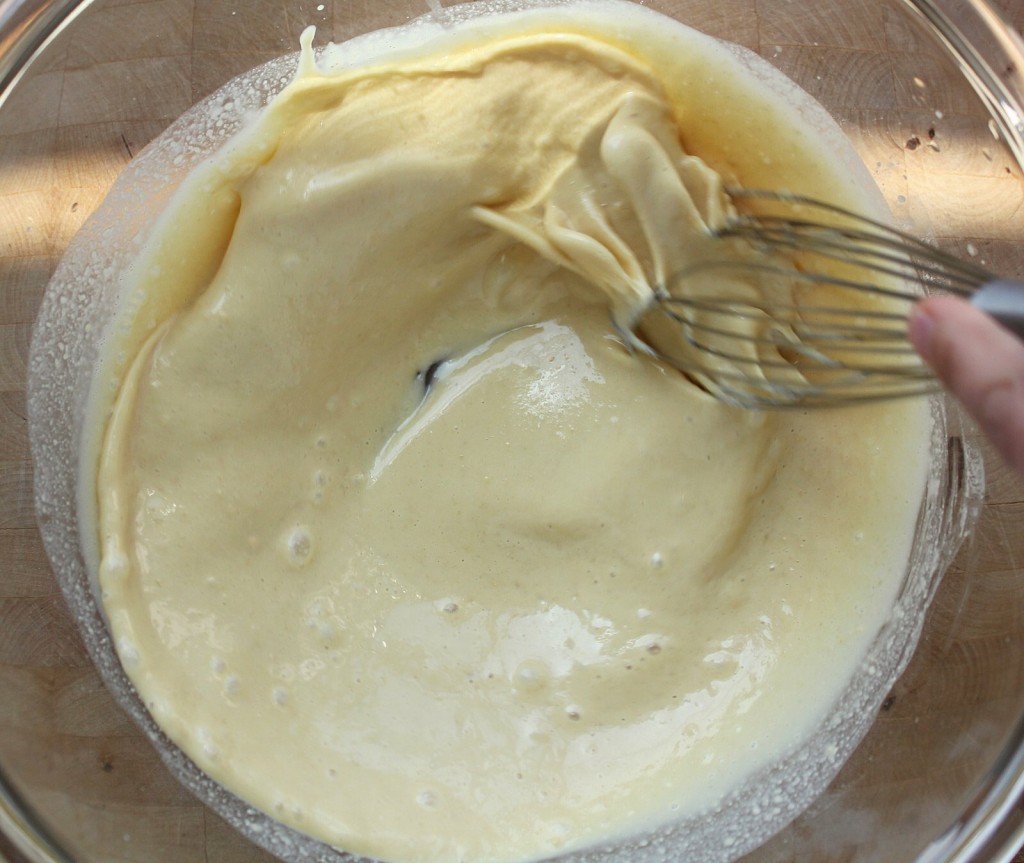 Although they are inspired by them, these pancakes are not the same. In fact they might only have green onions in common, which is not a bad starting point for a freaking delicious savory pancake. 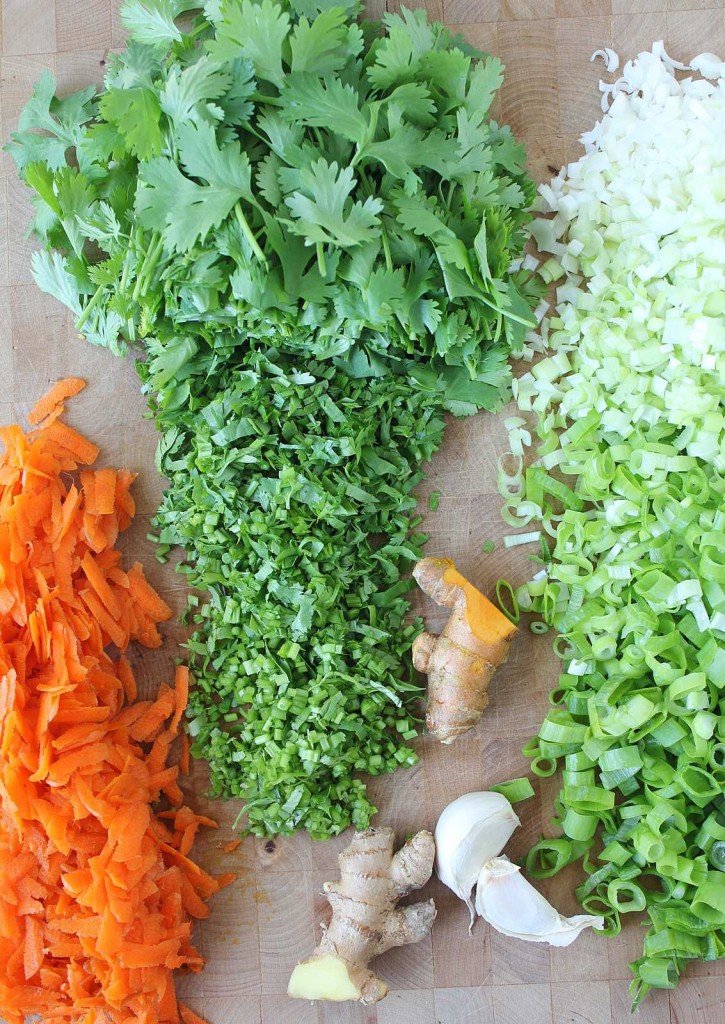 The fact that these pancakes taste really good is obviously great, but it’s even better once you find out what is actually in them. Carrots, a whole cup (beta carotene party and a bit of sweetness to balance out the other flavour explosions), green onions (aka scallions, a strong, fresh, green member of the cancer-crushing allium family, often easier to digest than some of its more aggressive relatives), turmeric (we know how awesome this stuff is for fighting cancer by now, right?), ginger (because ginger), garlic (aggressive, but so very welcome at this explosive party), a TON of cilantro (helps remove heavy metals and is anti-radiation) and then chick pea flour and millet (making it protein-rich and even more fiber-filled). 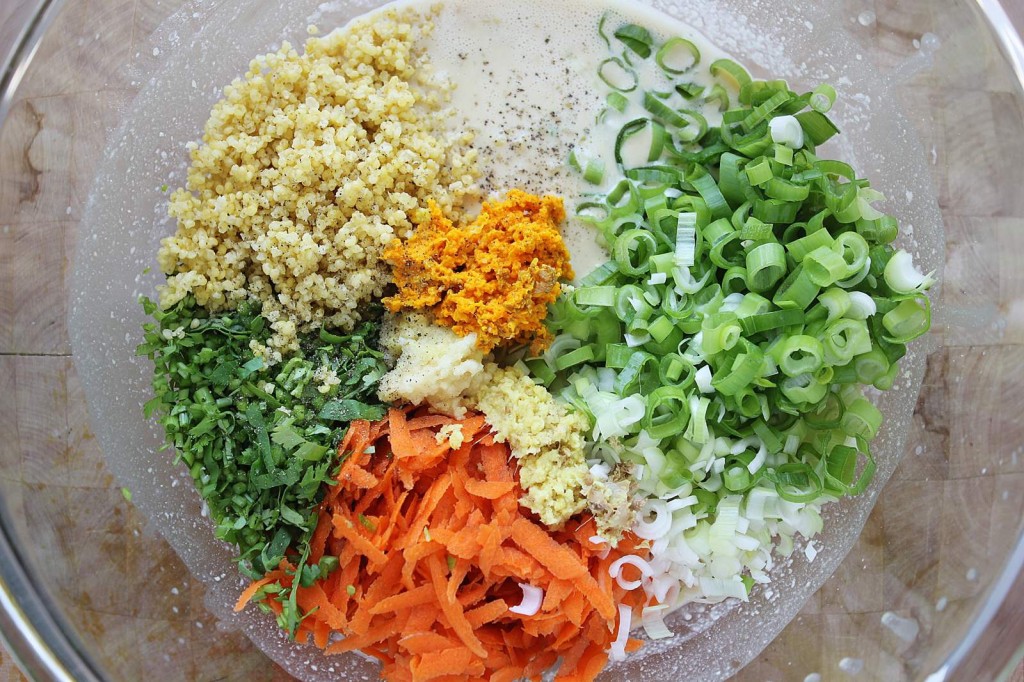 That’s just the pancake. While all of those ingredients become mellow, friendlier versions of themselves in the frying pan, we make a bright and tickly salad to go with it to spice this dish up. The veggies that I used (radishes and cucumber) can be swapped out for many other options including daikon, kohlrabi, broccoli, mung bean sprouts (grow your own, obvs), jicama, carrots or anything else that is clean and watery. I do think the cilantro is necessary, and some form of onion (I use red because it is a well known anti-cancer veg and we have so many green onions in the recipe already, but if raw reds don’t do it for you, go for more greens or even try shallots.) 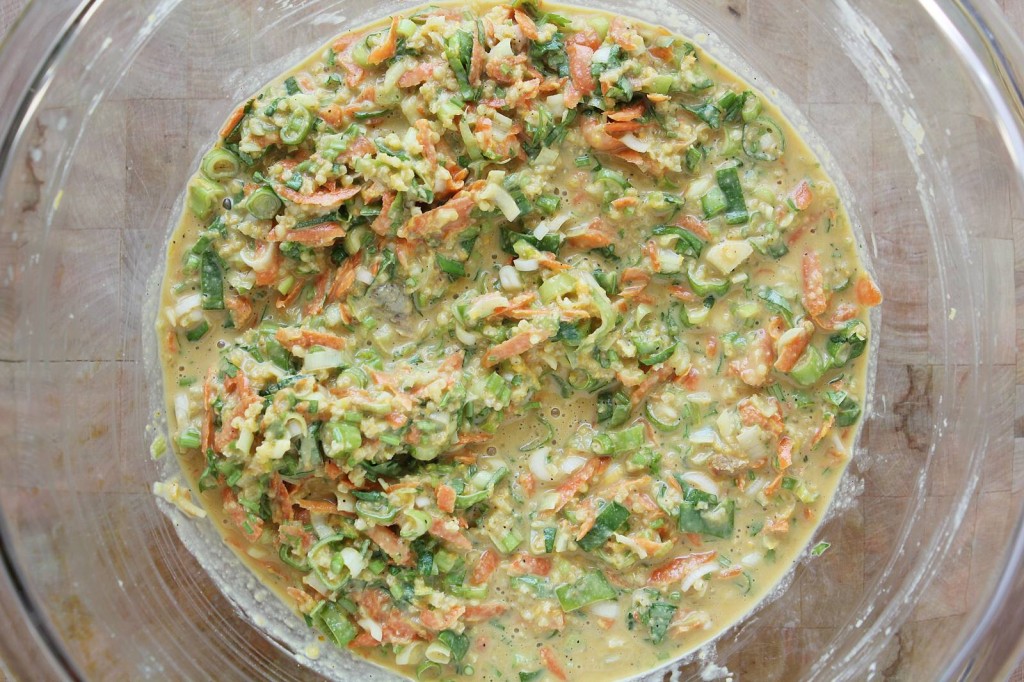 Can we talk about frying pans for a sec? Non-stick pans make pancake making pretty easy, I know. I also know that the non-stick coatings have improved over the years and if you’re comfortable with that, I’m not going to stop you. The thing is, we’ve been making food in pans for gazillions of years without non-stick and I feel like this new-ish fad has made us a bit lazy. We have forgotten how to use stainless steel and (non-enameled) cast iron for extra sticky foods. It is worth the time to figure out how this is done and to practice it so that you can get good at it and not dread it. 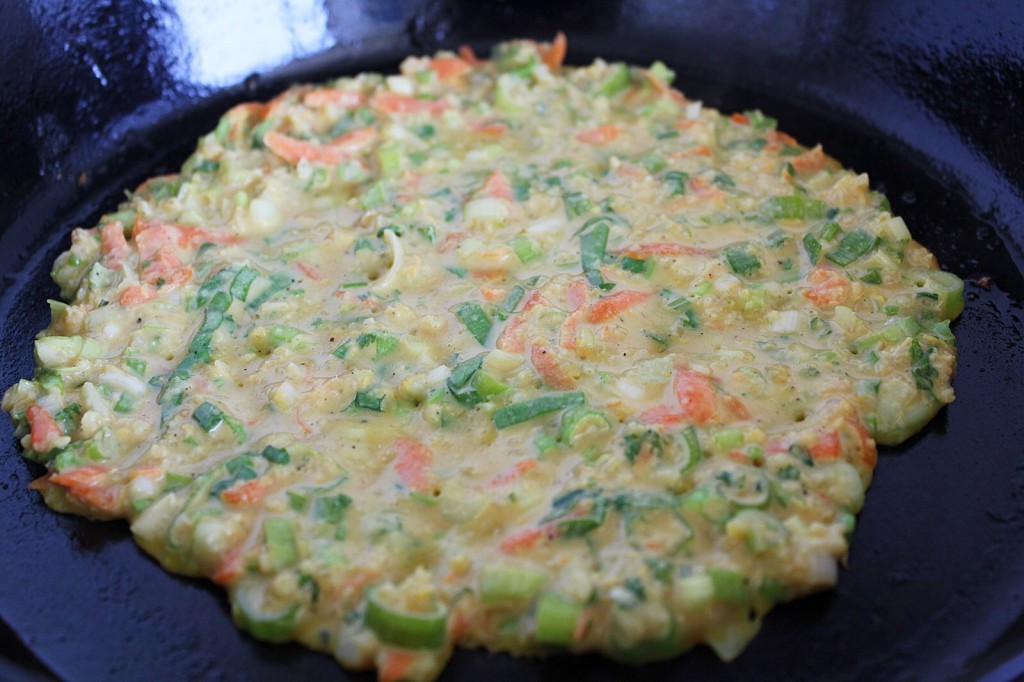 My cast iron pan has been used regularly for a long time and is well seasoned. It has developed a non-stick ‘patina’ on it, so it is my go-to pancake pan, but it is also possible to make pancakes in stainless steel pans. Heat up the pan on high and once it is hot, lower it down to your desired temp, allow time for the temp to drop a bit, only now add the fat and then the batter. Sometimes it takes the first batch to get the temp right, but it gets easier. Don’t poke it or try to un-stick it too early, it will just cause stick panic. It should lift pretty easily once it’s cooked on that side. You shouldn’t need tons of fat in the pan either, just enough to make the pan shiny. If they still stick, just remember it takes a bit of practice to find your groove. 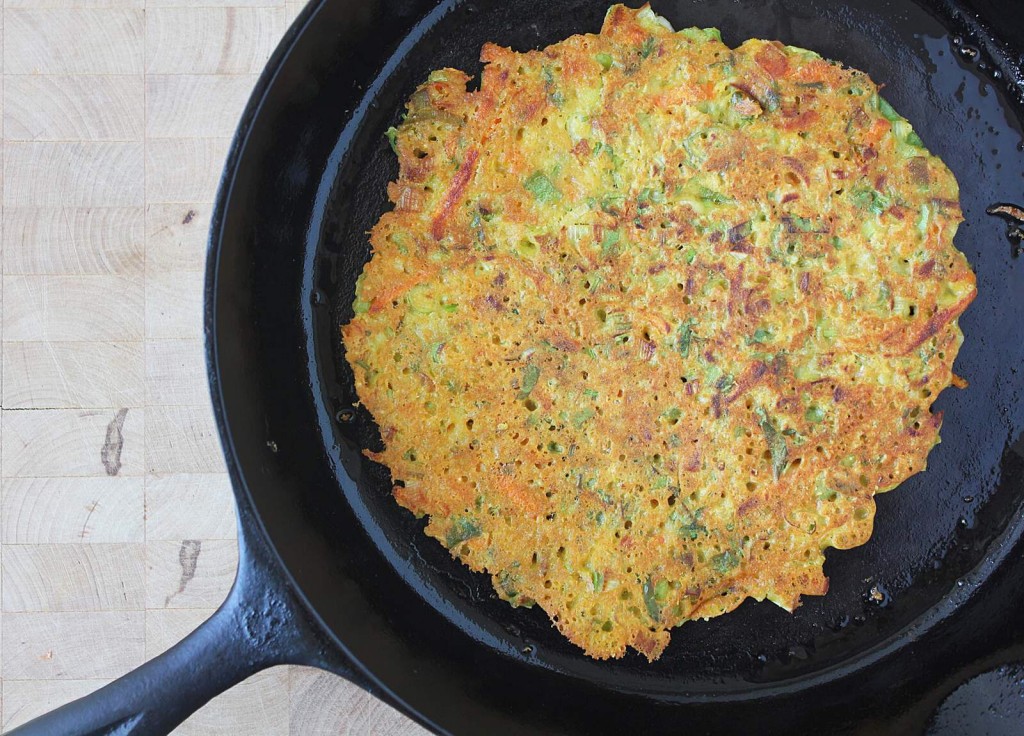 That was a lot of pan talk, back to the food. 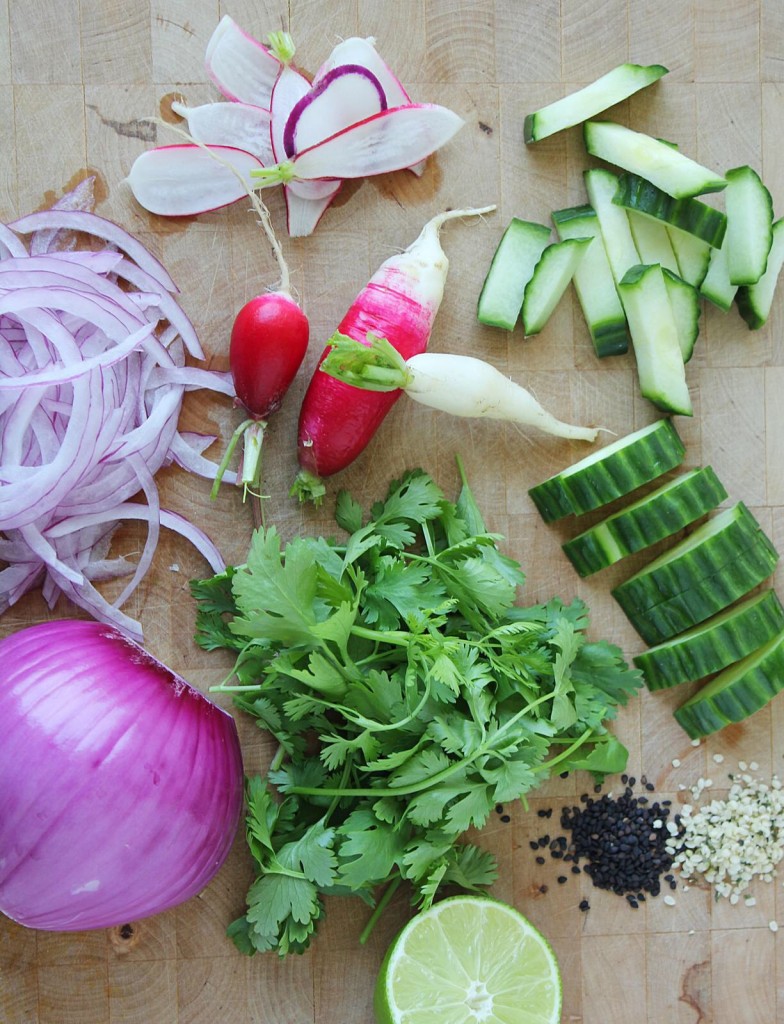 Chickpea flour is easy to make on your own with dried chickpeas and a high-powered blender. It’s also possible to soak them, sprout them for a day or so and then blend them with the water in the recipe (minus ¼ c) until very smooth (which may require a high powered blender too). This will make them easier to digest (less gassy) and is totally worth the extra step. The measurements will be tricky, because the volume of the chicks will be different whole than as flour, but if you just eyeball it, it won’t make a huge difference to the final product, promise. You can also buy chickpea flour at most grocery stores, which is obviously the easiest route. 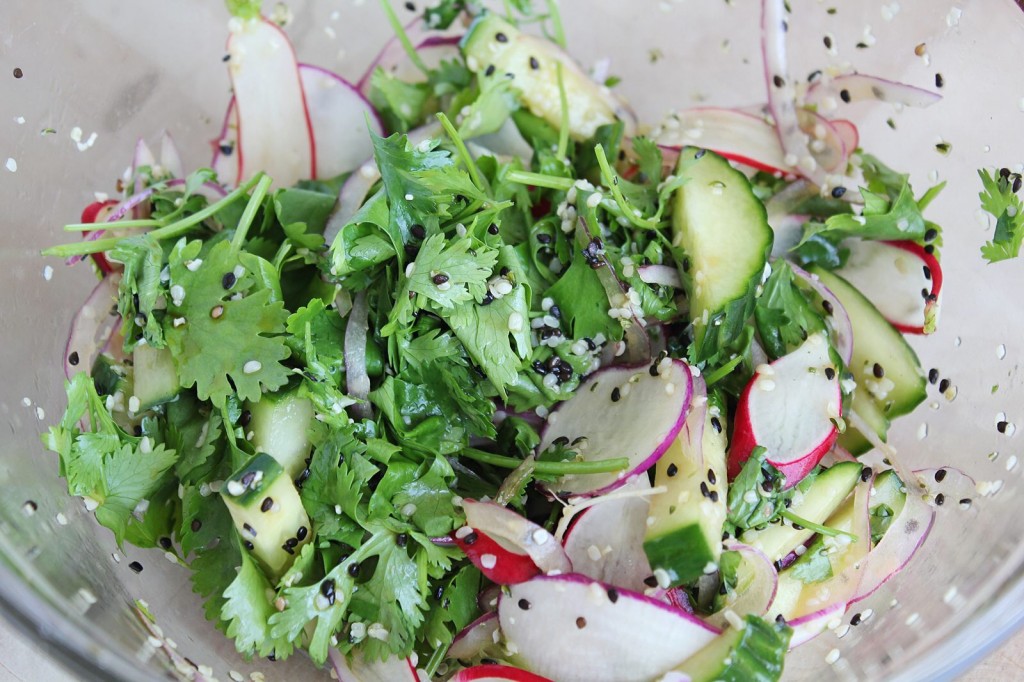 This recipe makes a big batch of pancakes and I highly recommend you make them all (instead of halving the recipe). They add flavourful, clean protein to salad (crouton replacement, just dice them up and warm them in the toaster oven), banh mi collard wraps (just julienne them up), or fold them in half and stick fresh sprouts, guacamole and kimchi in them for a comfortably lazy but actually very healthy Asian ‘tacos’. Also they freeze well, which is always a bonus. 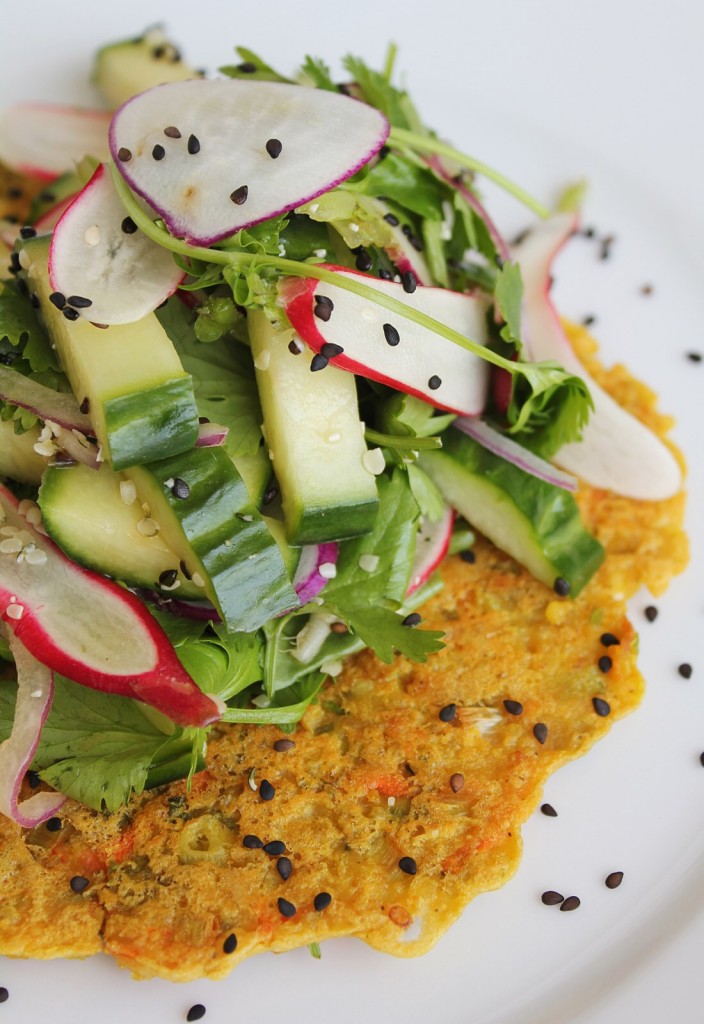