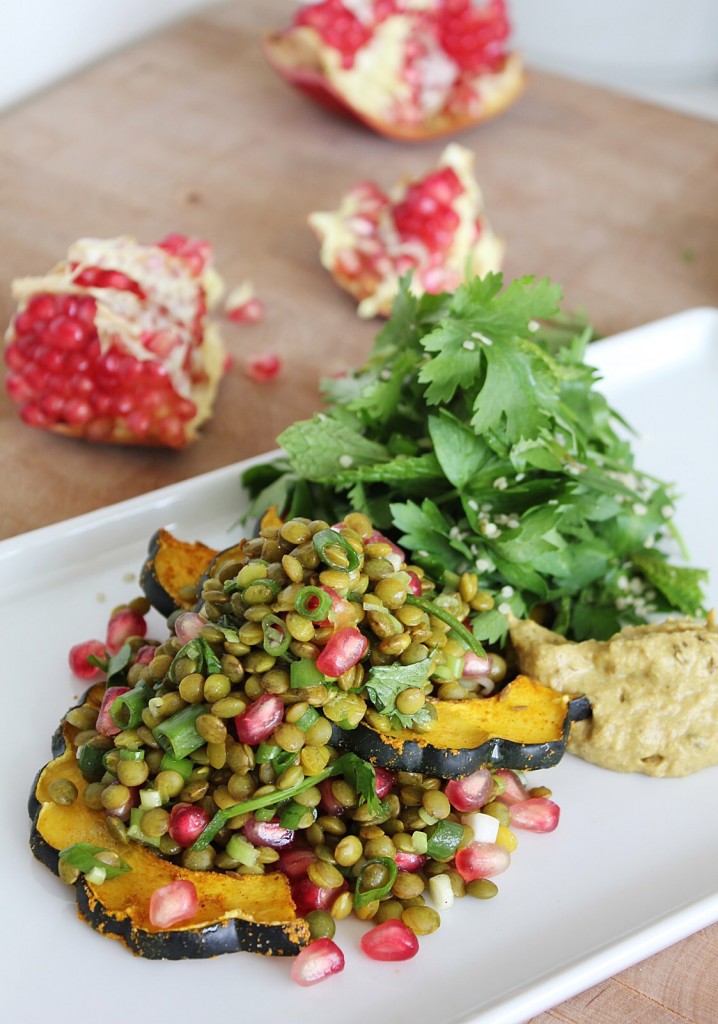 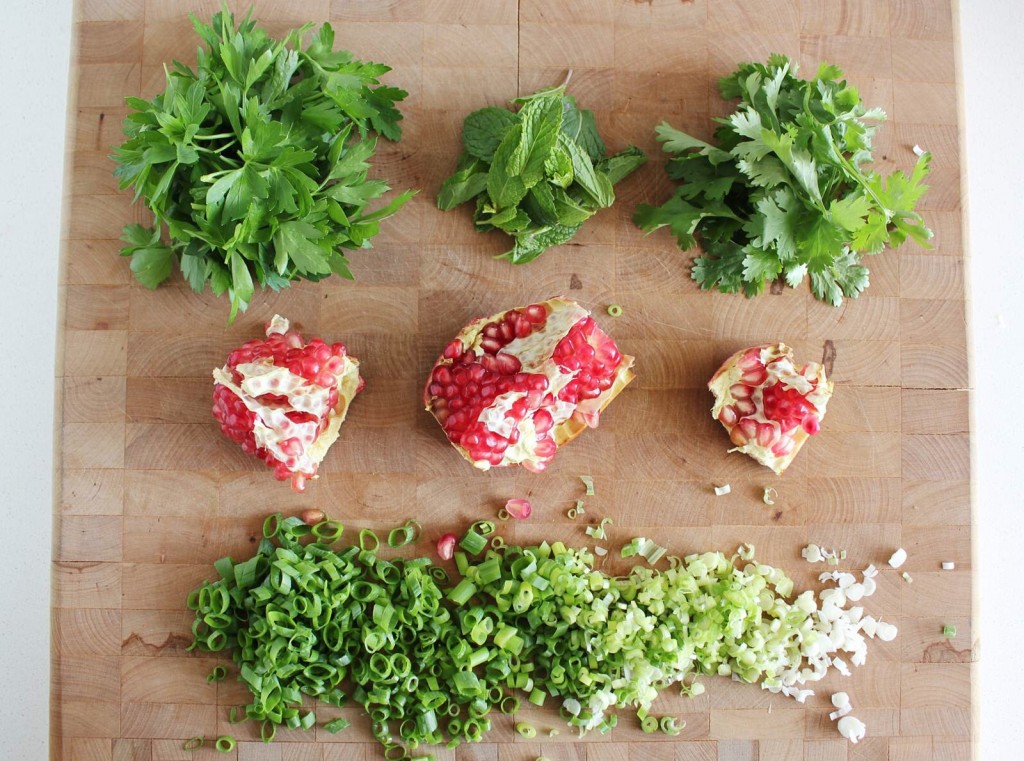 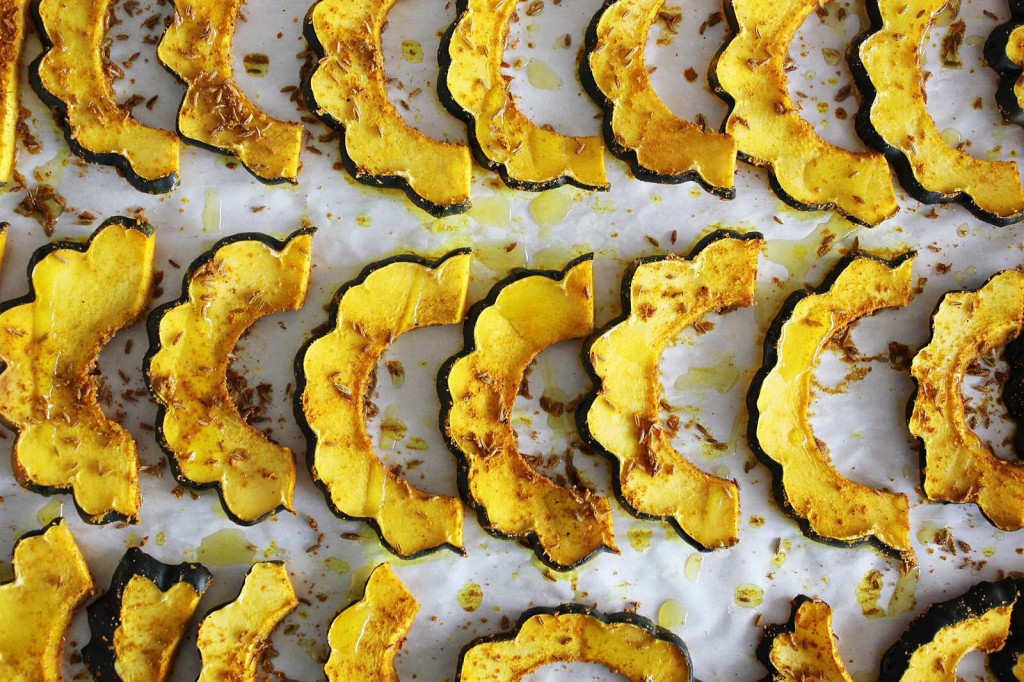 Roasted squash is so simple, but I want to talk about just a couple of healthier, possibly new-to-you guidelines for making it. Keep the skin on (extra fiber and phytonutrients – buy organic and wash well before cutting into it), the oil goes on post-oven instead of pre-oven (this keeps the healthy fat healthy instead of oven-morphing it into scary), a little water helps it tenderize (it evaporates), minimal browning (browning/charring is carcinogenic. Without, the squash will have a clean taste and we can add extra flavour in other ways), and lastly, save those squash seeds and toast them at 170*F for 25 minutes – low and slow (immune-boosting zinc/Halloween flavours). Squash itself is full of beta carotene, vitamin C, potassium and antioxidants. Not that it matters, it tastes so good. 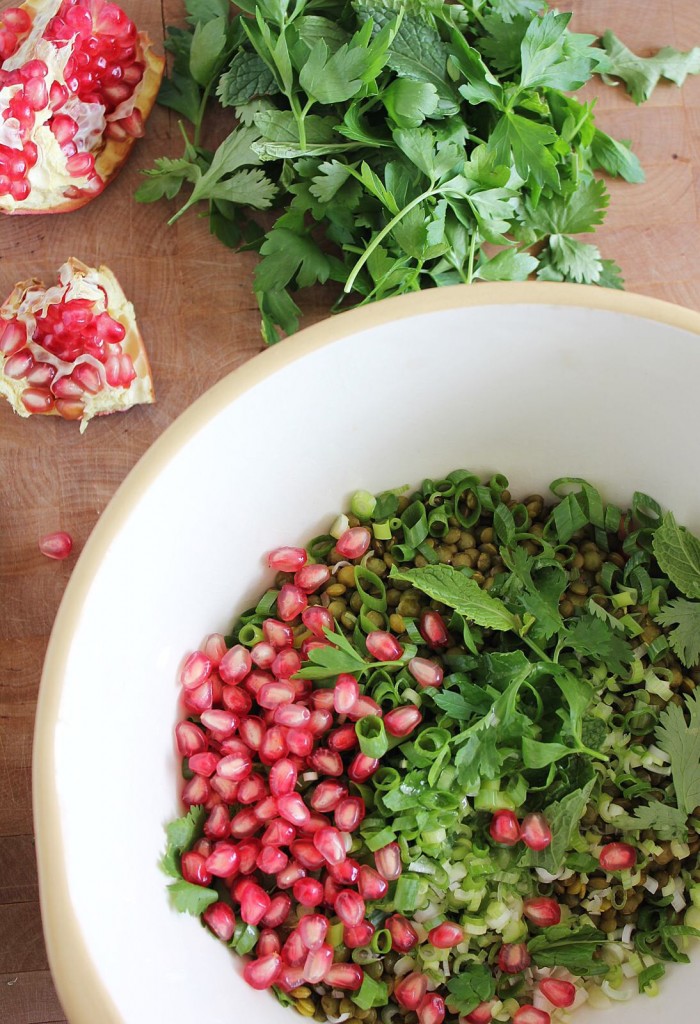 I call the lentils a ‘salad’ but I use the term loosely. This is really just a lentil dish that can be served warm or cold. The pops of fresh pomegranate and grassy herbs against the earthy lentils, balance each other out really well. To keep it fresh, add the pomegranate and herbs at the last minute if the lentils are warm. Leftovers can also be thrown together with some massaged kale to make a hearty winter salad. 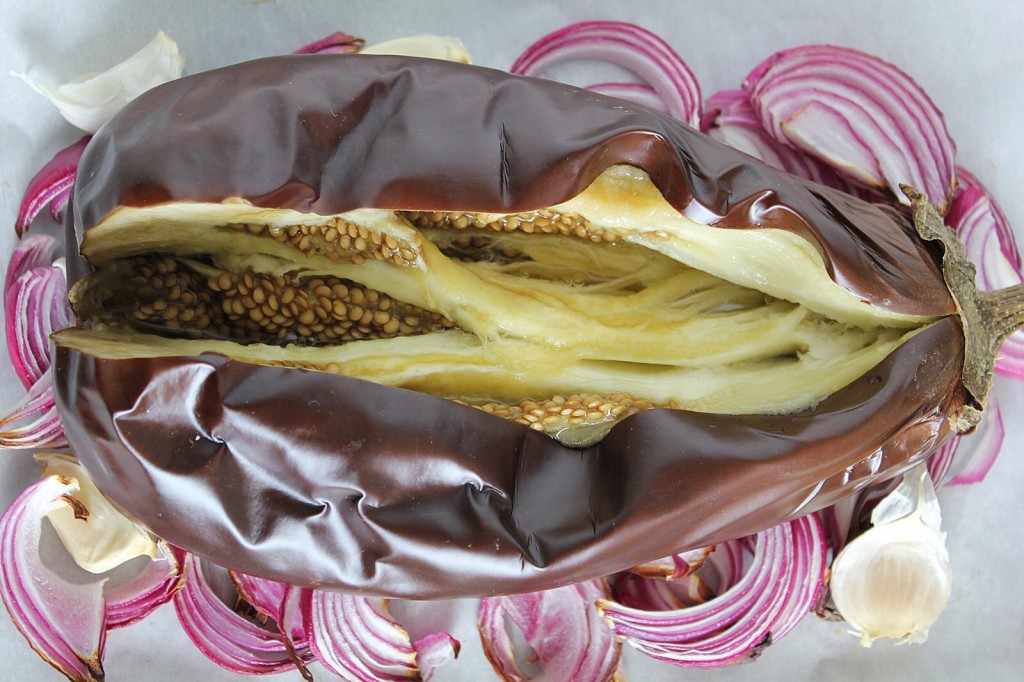 The babaganoush is far from classic with the addition of soaked walnuts (omega 3s, zinc), roast red onions and garlic (add some raw garlic too, if you tolerate it well), turmeric (anti-inflammatory), cinnamon (lowers glycemic index) and cumin (iron, digestive aid). Although a little beefier than the classic version, it is still a simple recipe, and makes a great dip for veggies, or, something I discovered a few years ago, a smooth and rich thickener to add to broth-y soups. If you don’t tolerate nightshades well (eggplant family), replace the eggplant with some squash, lentils or chickpeas. You’ll have to adjust the water amount too. It will have more of a hummus-style texture. 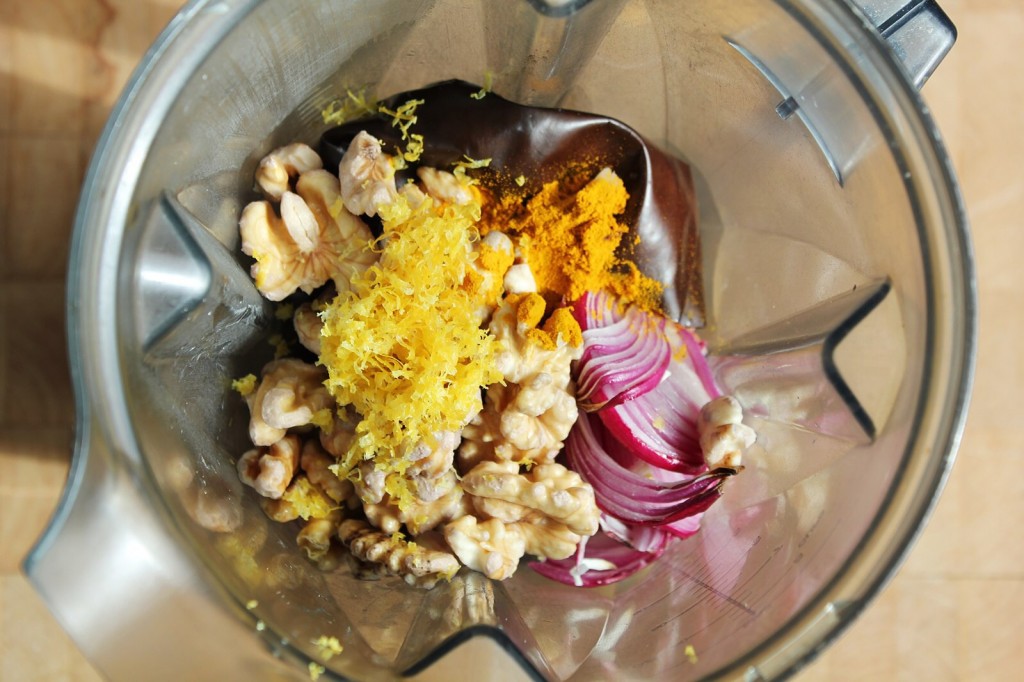 Together, the sweetness of the squash offsets the earthy lentils and the creamy yet edgy eggplant. I have eaten it all warm together and then also cold, wrapped up in a collard leaf. I have chopped up some squash and added it to a kombu broth with a scoop of the eggplant. I have stuffed a tomato with the lentils mixed with some eggplant and baked it all together. It has lasted for days, each time a little bit differently. The very best kind of leftovers, so don’t forget to make a little bit extra! 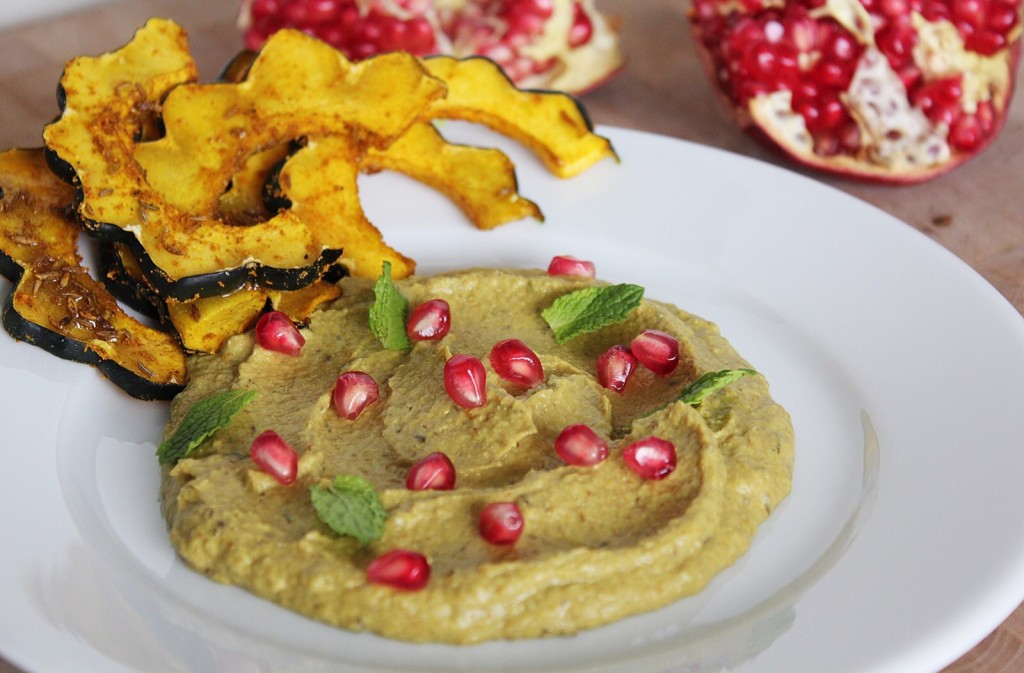