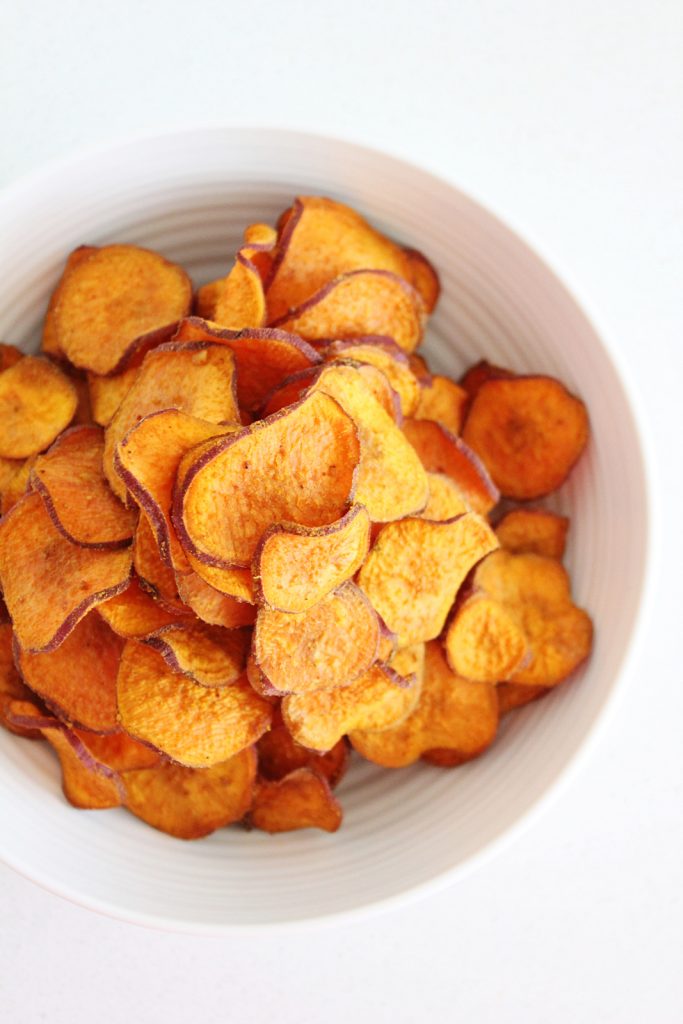 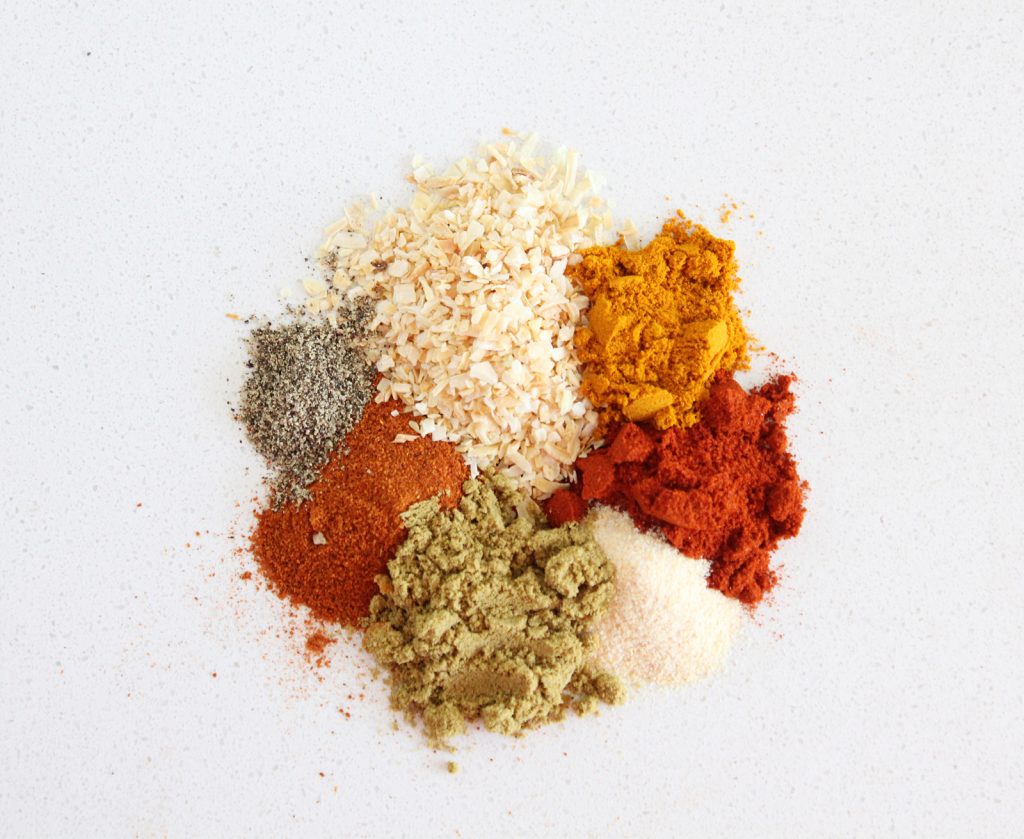 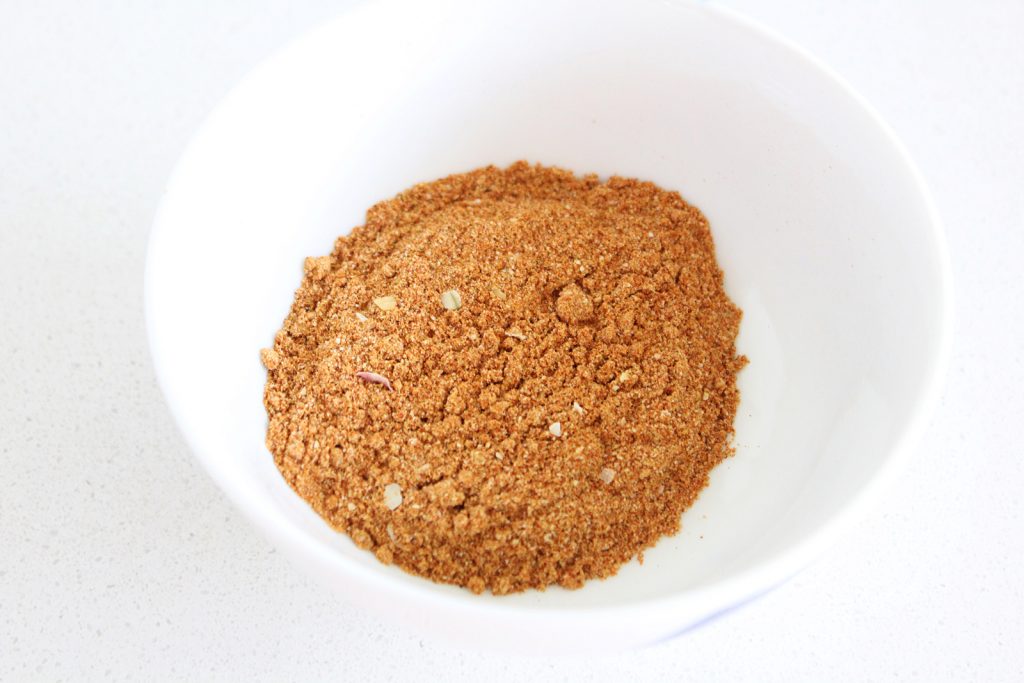 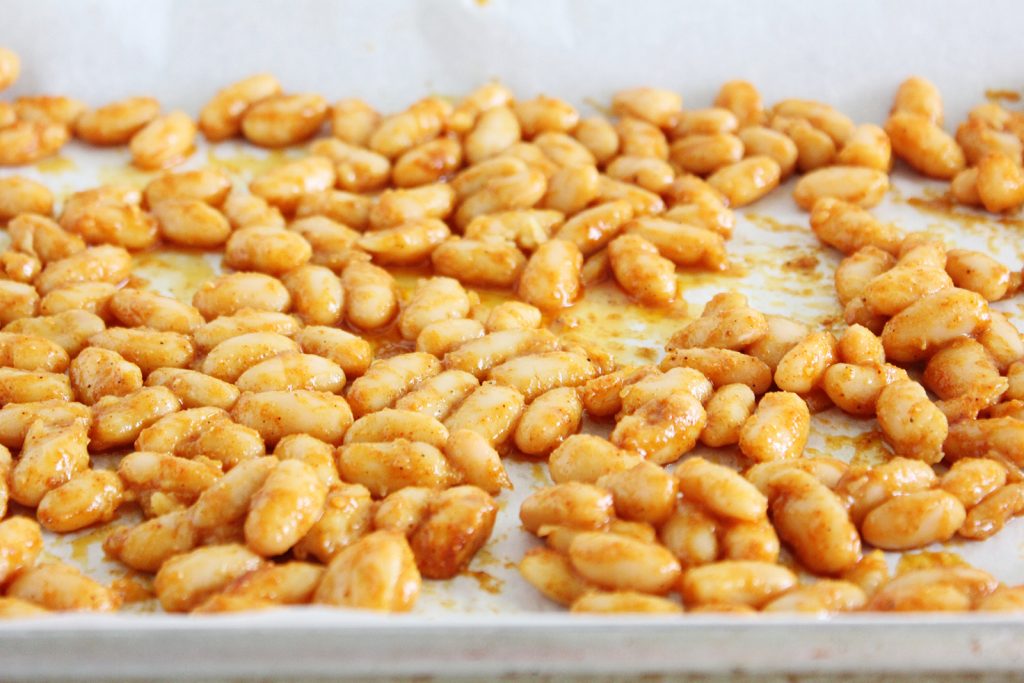 The problem was, as soon as he got used to having BBQ chips around, my cravings were replaced by a chubby little green smoothie drinker (I’m referring to my baby, but that could be me too at times) (also, you guys, she likes green smoothies :) and our grocery list went back to normal. No more chips, maybe ever again, ever. 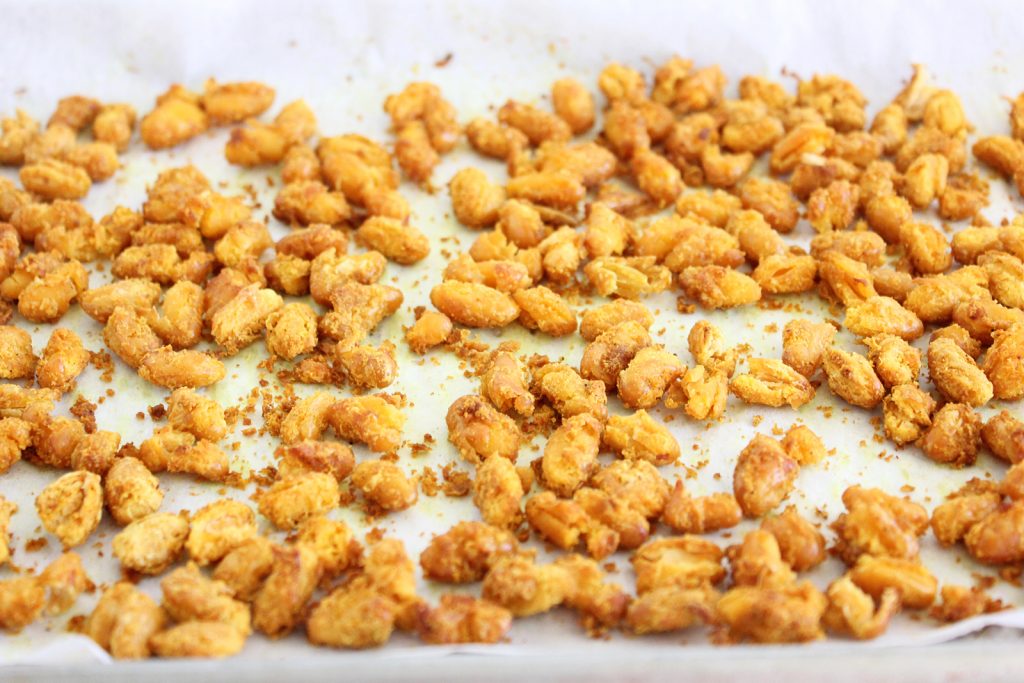 So I made this BBQ spice blend and my goal was to make him so sick of BBQ flavoured everything that he would stop pretending we were still pregnant and buying chips. What actually happened was he just ate a lot of healthy things that tasted like BBQ chips. Which is sort of weird but better. 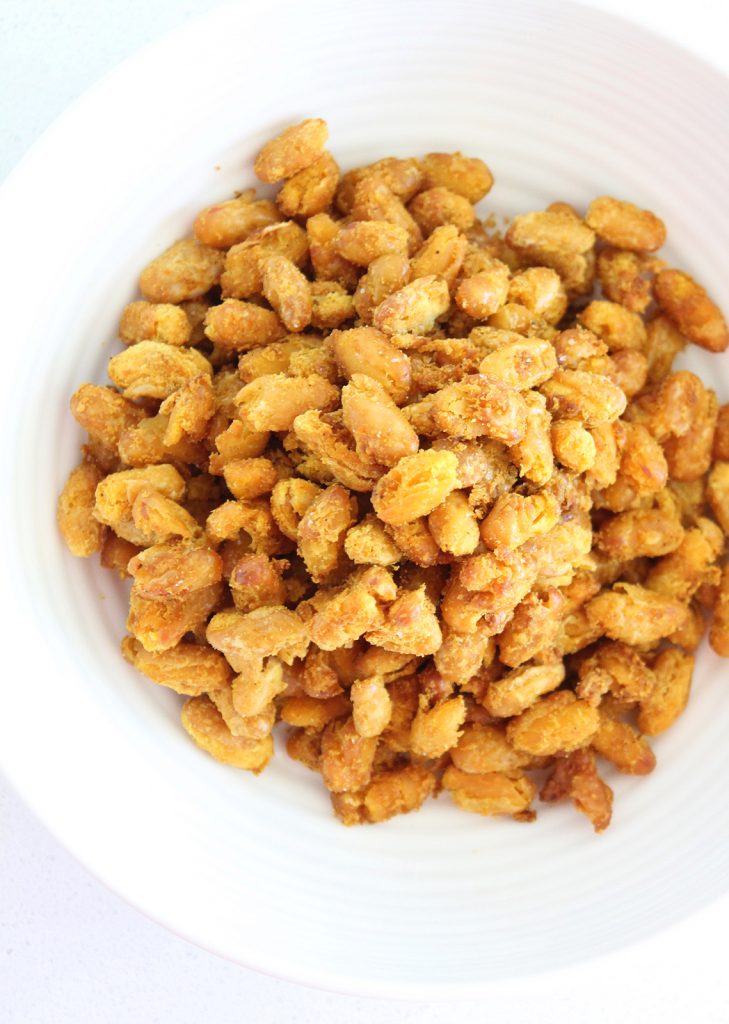 The spice blend is surprisingly easy to make. You don’t need a spice grinder if you can find onion powder, but I could only find flakes, so I used the grinder to break them down (you could also use your blender). Make sure you read the ingredients for the dried garlic and onion powders; you don’t want anything in there but onions or garlic (and no salt). 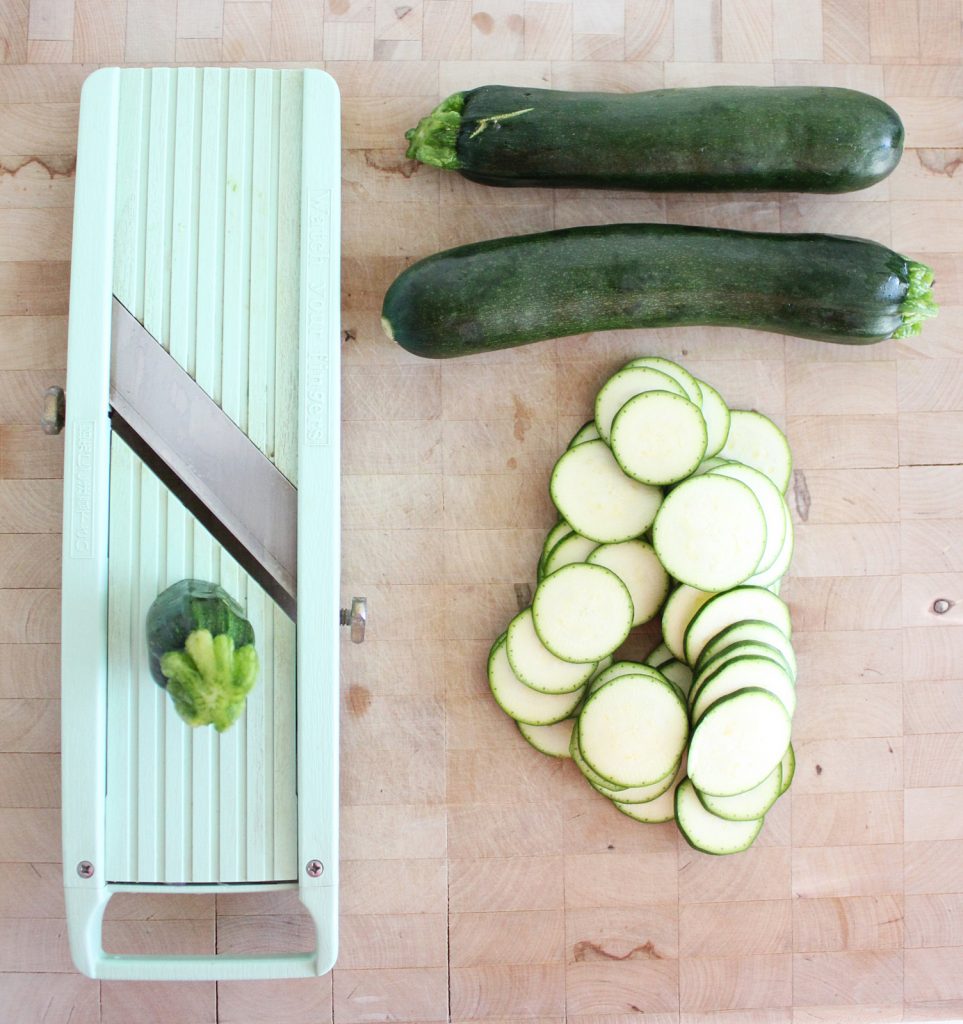 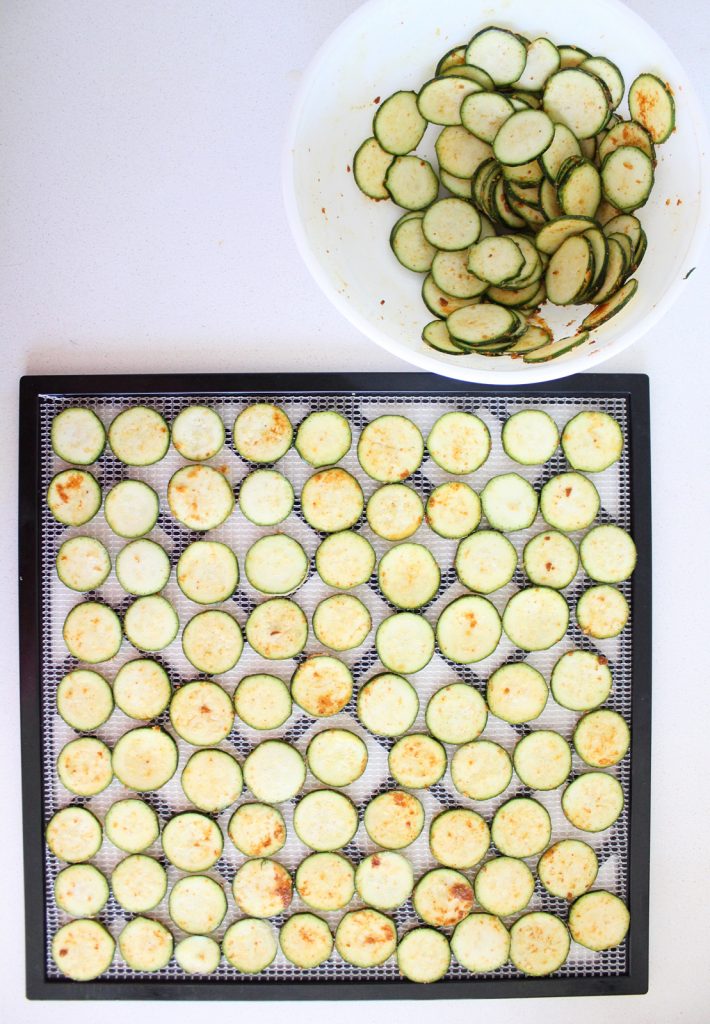 I have added turmeric to the blend, which isn’t classic but it adds great colour and the flavour works with the others (also anti-inflammatory). I therefore added black pepper to enhance the turmeric absorption (by a lot). You’ll often find sugar in a BBQ spice blend, which obviously wasn’t happening, but I found the onions sweetened it enough. 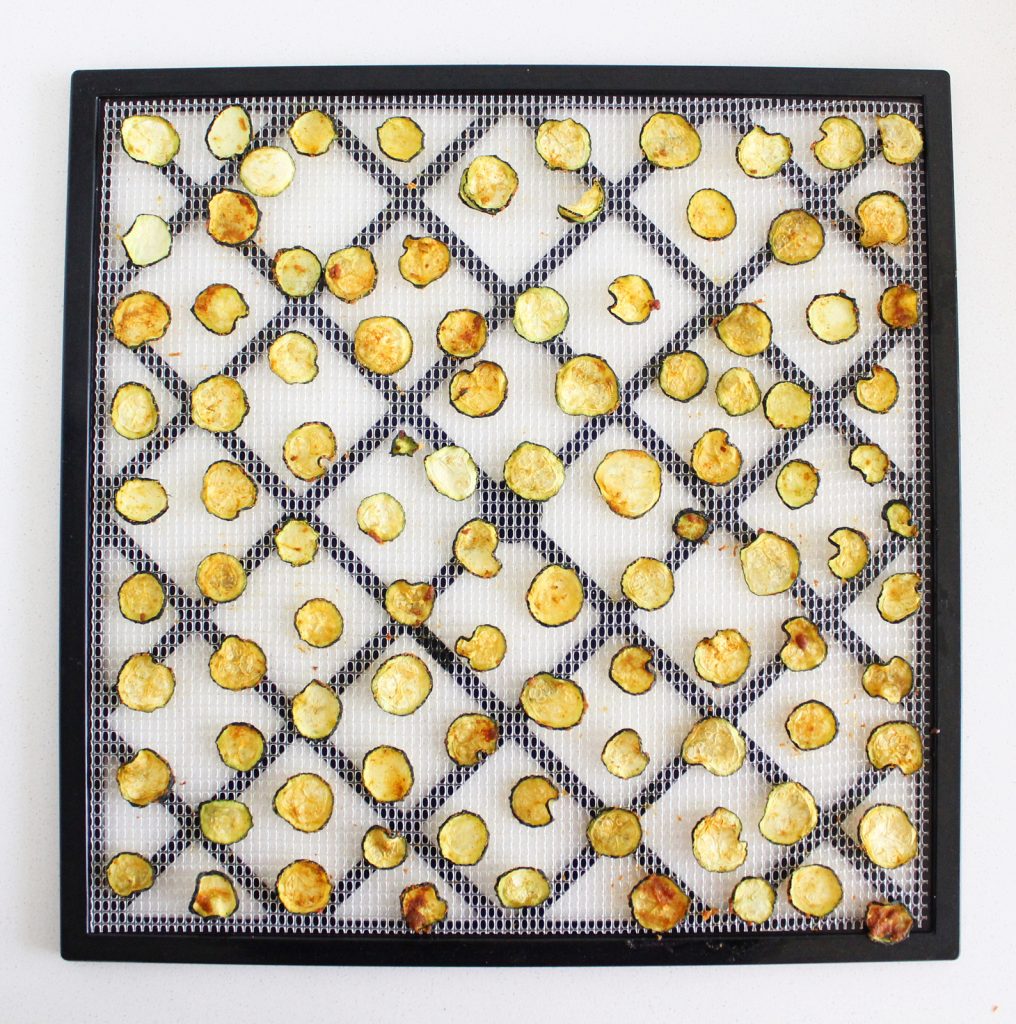 We have given you three simple recipes to try this spice blend on. I loved the white cannellini beans that we had in this recipe so much, I wanted to roast them again here. In the oven, they get sort of hairy and crispy on the outside and smooth and potato-y on the onside. They are also a nice change from roasted chickpeas (although chickpeas would work well in their place). Put a bowl of these out before dinner, add some to your collard wrap, top off your boring salad, your avo toast, or just stand in the kitchen and eat them, wondering if you are going to save any to share (you’re not). 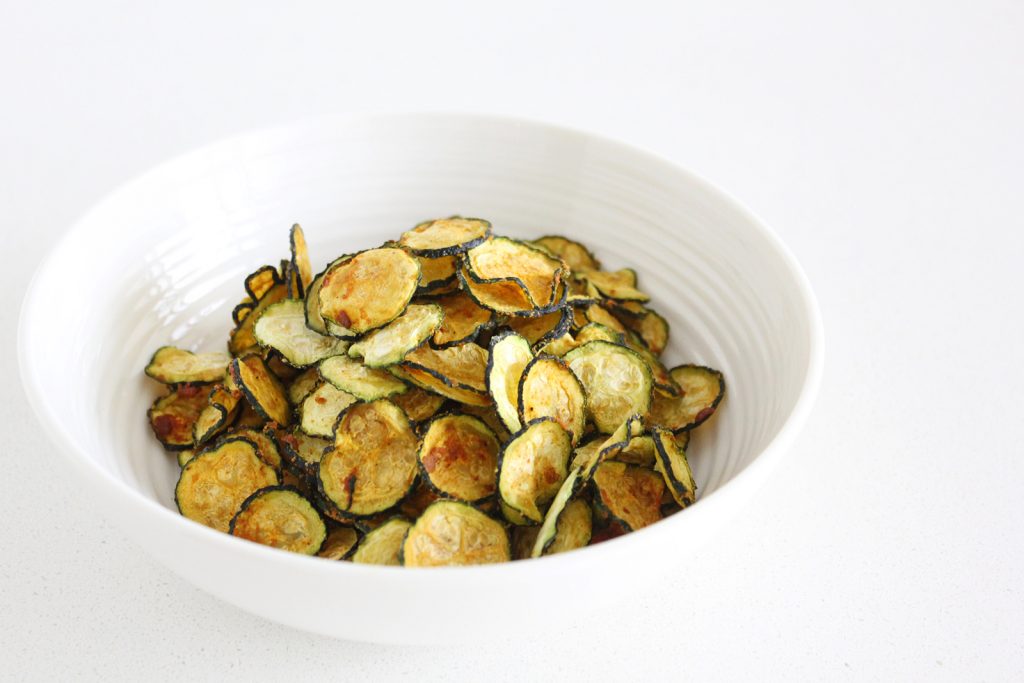 Thanks to their natural sweetness, sweet potatoes work insanely well with this spice blend. Although delicious, you don’t have to make oven chips like we did, you can just toss sweet potato wedges in the spices and some oil. Also thanks to their natural sweetness, they will not crisp up quite to the same degree as regular potatoes, but they are still very tasty. I ate almost three whole sweet potatoes on the day I shot this. I’m not proud (I’m sort of proud), I’m just trying to emphasize how good they were. 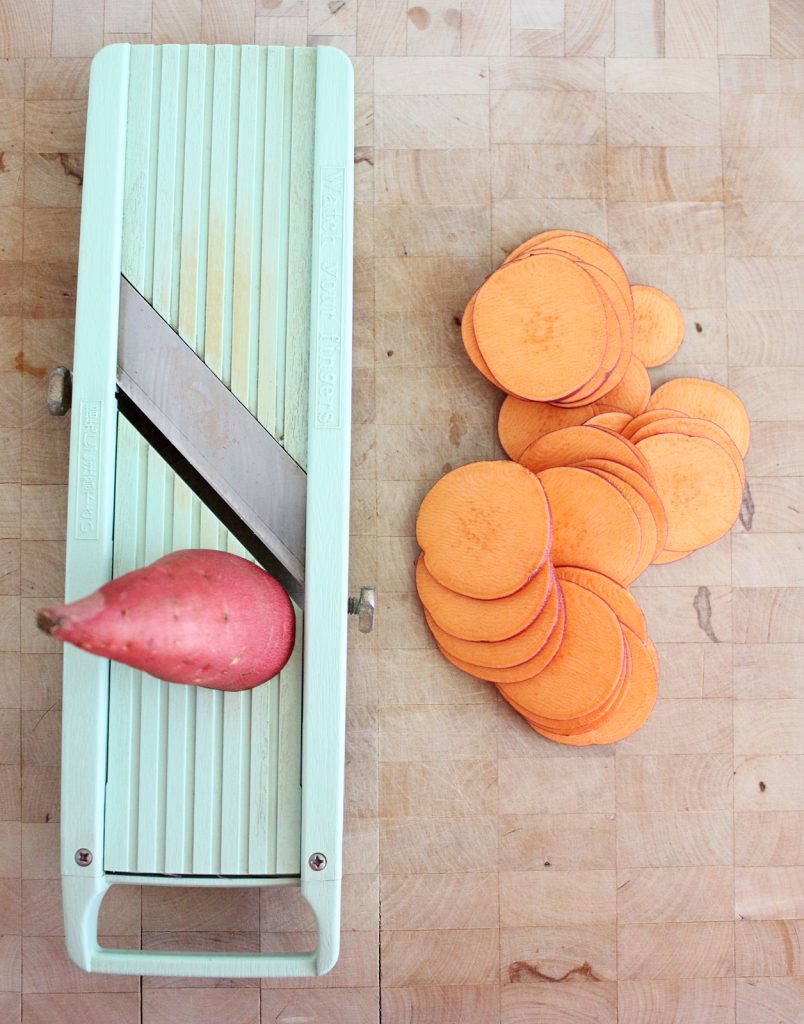 The zucchini chips, I’ve been making for a long time. Every time I pull my dehydrator out for another reason, I’ll make a batch of these (and dehydrated pear chips). In my experience, you need a dehydrator to make these, but that’s why there are two other recipes. I can eat a lot of these too (and then picture them rehydrating into a zucchini in my stomach) (that’s how it works, isn’t it?). I hesitated including this recipe and don’t want to oversell it because I know many of you don’t have dehydrators, but they are really good, so give this recipe a shot if you have one. 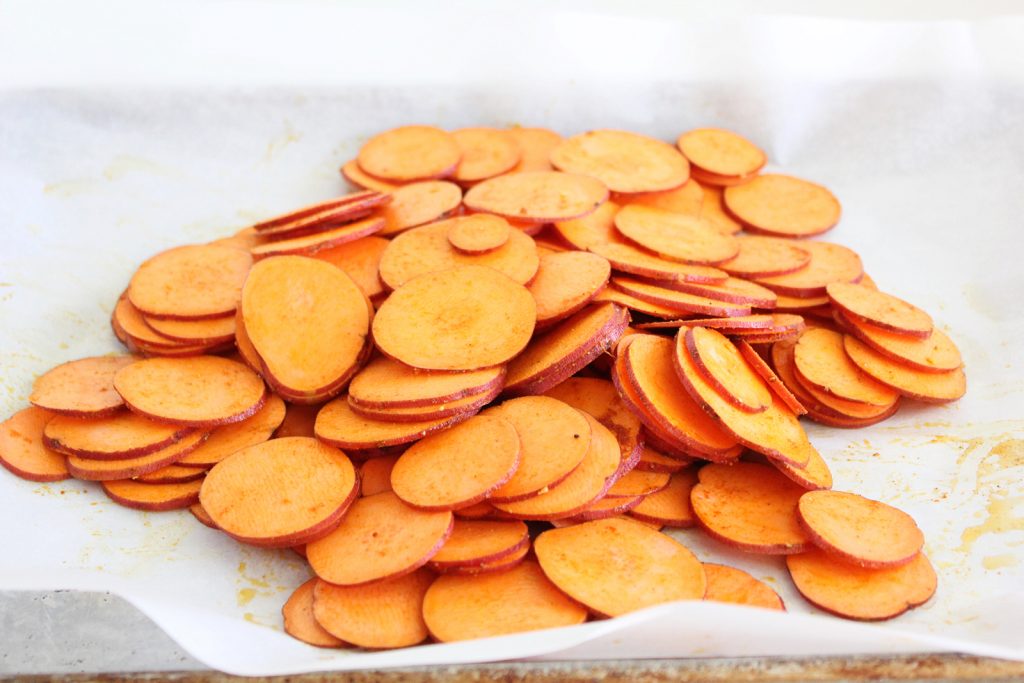 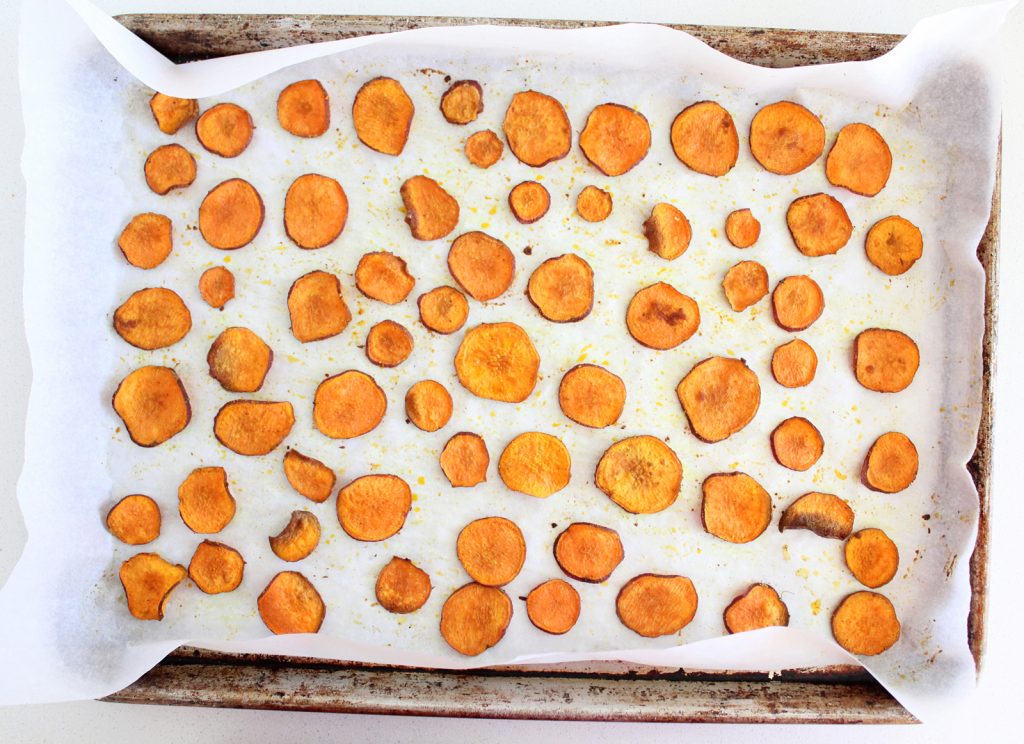 Other ideas for a BBQ spice blend? Toss with little cauliflower florets (or winter squash, or any of your favourite veggies, sort of like we did here) and some coconut oil and roast them up. Add some to your favourite veggie burger recipe. It’s great on popcorn, melted into some coconut oil. Not an everyday indulgence, but a good transition snack from BBQ chips. Massage into some torn up kale leaves (along with some coconut oil) for delicious oven-baked kale chips. It’s a great seasoning to add to your favourite chili recipes (this is ours, obvs). Stir into sautéed onions or a cashew cream to drizzle over a burrito bowl. Or just sprinkle it on some avocado and call it a day. 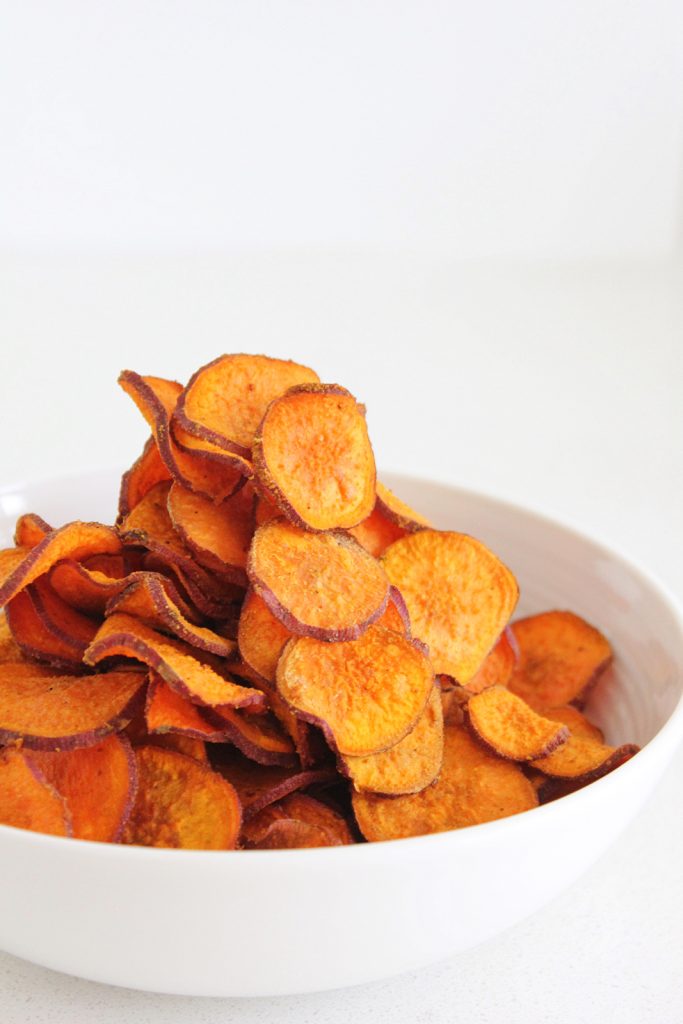